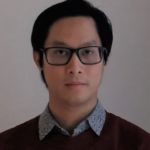 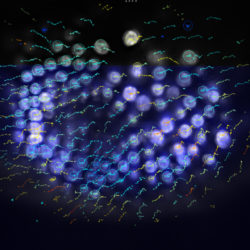 Tracking cells with machine-learning and deep-learning segmentation algorithms in Track... 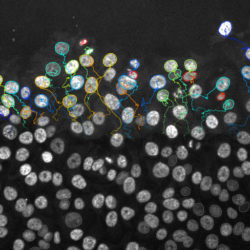 Minh-Son Phan has a background in computer science with specialities in image analysis and quantitative geometry. He did his master in computer science at the University Paris-Est Marne-la-Vallée, and finished his PhD in 2016 at ICUBE, the University of Strasbourg under the direction of Etienne Baudrier and Mohamed Tajine for the studies of 2D & 3D tomographic reconstruction. He then joined the advanced microscopies team, Laboratory for Optics and Biosciences, Ecole Polytechnique Palaiseau where he mainly worked with Anatole Chessel for image analysis and data mining from large scale multicolor image volume of mouse brain cortex. He is also a developer of GeNePy3D-a quantitative geometry python toolbox for large scale bioimaging.

He is now the research engineer at Institut Pasteur, jointly works in the Image Analysis Hub led by Jean-Yves Tinevez and the Dynamics of Developmental Decisions in Drosophila Laboratory led by François Schweisguth.