Human thymopoiesis is influenced by a common genetic variant within the TCRA-TCRD locus. 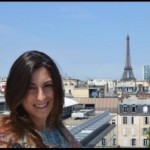 The thymus is the primary lymphoid organ where naïve T cells are generated; however, with the exception of age, the parameters that govern its function in healthy humans remain unknown. We characterized the variability of thymic function among 1000 age- and sex-stratified healthy adults of the Milieu Intérieur cohort, using quantification of T cell receptor excision circles (TRECs) in peripheral blood T cells as a surrogate marker of thymopoiesis. Age and sex were the only nonheritable factors identified that affect thymic function. TREC amounts decreased with age and were higher in women compared to men. In addition, a genome-wide association study revealed a common variant (rs2204985) within the T cell receptor TCRA-TCRD locus, between the DD2 and DD3 gene segments, which associated with TREC amounts. Strikingly, transplantation of human hematopoietic stem cells with the rs2204985 GG genotype into immunodeficient mice led to thymopoiesis with higher TRECs, increased thymocyte counts, and a higher TCR repertoire diversity. Our population immunology approach revealed a genetic locus that influences thymopoiesis in healthy adults, with potentially broad implications in precision medicine.