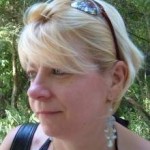 The advent of the genomic era has made elucidating gene function on a large scale a pressing challenge. ORFeome collections, whereby almost all ORFs of a given species are cloned and can be subsequently leveraged in multiple functional genomic approaches, represent valuable resources toward this endeavor. Here we provide novel, genome-scale tools for the study of Candida albicans, a commensal yeast that is also responsible for frequent superficial and disseminated infections in humans. We have generated an ORFeome collection composed of 5099 ORFs cloned in a Gateway™ donor vector, representing 83% of the currently annotated coding sequences of C. albicans. Sequencing data of the cloned ORFs are available in the CandidaOrfDB database at http://candidaorfeome.eu. We also engineered 49 expression vectors with a choice of promoters, tags and selection markers and demonstrated their applicability to the study of target ORFs transferred from the C. albicans ORFeome. In addition, the use of the ORFeome in the detection of protein-protein interaction was demonstrated. Mating-compatible strains as well as Gateway™-compatible two-hybrid vectors were engineered, validated and used in a proof of concept experiment. These unique and valuable resources should greatly facilitate future functional studies in C. albicans and the elucidation of mechanisms that underlie its pathogenicity.