Our studies are focused on the mechanisms responsible for the development of cancer associated to bacterial infection using the model system of Helicobacter pylori and gastric cancer. Gastric cancer remains the third cause of cancer-related death and is still a major public health concern. It is often associated with a bad prognosis with a 5 years survival rate of 15 to 20% in countries such as France. Epidemiological studies have clearly established that Helicobacter pylori infection is the major risk factor for gastric cancer. Their study is an outstanding opportunity to better understand the relation between infection and cancer. H. pylori infects half of the worldwide population and induces a chronic gastritis. Only a subset of H. pylori-infected people (1 to 3%) will develop gastric neoplasia. Gastric cancer is an inflammation-driven disease resulting from a multifactorial process including H. pylori virulence factors, host genetic context and factors related to life habits as diet. The mechanisms by which H. pylori causes gastric cancer are still poorly understood. Our projects combine both fundamental and translational aspects with the objectives to explore the mechanisms involved in the induction of cancer by H. pylori and to develop innovative diagnostic tools to prevent gastric cancer development.

To further characterize essential events at the origin of the carcinogenesis process initiated by the presence of H. pylori, the mechanisms responsible for the genotoxic activity of H. pylori in host cells are particularly focused. Genetic instabilities and epigenetic modifications are among the earliest events in cancer process, triggered by inflammation. Our previous studies showed that H. pylori has a mutator effect at the nuclear and mitochondrial genome and impairs host DNA damage repair systems. Our aims are to characterize molecular events at the origin of the genotoxic activity of H. pylori infection and its oncogenic consequences. We investigated the role of pleiotropic transcriptional regulators, Upstream Stimulating factors (USF) in the host genotoxic response to H. pylori  infection and the related carcinogenesis process.  USF1 and USF2 factors have been previously demonstrated as stress sensors and would be associated with a tumor suppressive activity.

In collaboration with MD Galibert’s team (University of Rennes, France), we recently discovered a new mechanism in H. pylori pathogenesis, involving the transcription factor USF1 as a central regulator of the host DNA damage response to H. pylori and a modulator of gastric carcinogenesis. In vivo, the lack of USF1 in Usf1-/- mice accelerates H. pylori-induced gastric carcinogenesis. Moreover, in gastric cancer patients, low USF1 levels are associated to a bad prognosis, leading to suggest USF1 depletion as a biomarker to identify patients with higher risk of gastric cancer (Costa et al, Gut 2020). https://www.youtube.com/watch?v=-Kh-QsjYwWE&t=23s

Targeting mitochondria is a common strategy for pathogens to subvert cell host physiology and to establish infection. Mitochondrial dysfunctions are associated with human diseases and cancer. To date, only the Hp pro-apoptotic cytotoxin VacA is known to interact with mitochondria. In collaboration with M. Ricchetti (Institut Pasteur), we investigated the consequences of H. pylori infection on essential components of mitochondrial DNA (mtDNA) replication/transcription machinery, the DNA polymerase g (POLG) and the mitochondrial transcription factor A (TFAM). During early infection times, a VacA-dependent and important accumulation of POLG and TFAM is observed, correlated with increased mtDNA level in gastric epithelial cells. At later time-points of infection, a VacA-independent and lower induction of POLG and TFAM is observed, in parallel with mtDNA depletion, suggesting that other Hp factors yet to be determined, are involved. These results were confirmed in vivo, using INS-GAS mice, transgenic for the human gastrin, which develop gastric intra-epithelial neoplasia at 6-9 months post-Hp infection. Our study unveils novel H. pylori-mediated mitochondrial perturbations, in parallel with the progression of gastric cancer lesions, suggesting the contribution of mitochondrial alterations to H. pylori pathogenesis. (Châtre et al, 2017, Scientific Report). https://www.pasteur.fr/fr/espace-presse/documents-presse/cancer-gastrique-nouvelle-strategie-helicobacter-pylori-ciblant-mitochondries

Gastric cancer still remains the fifth most common cancer and the third leading cause of death by cancer in the world population. Gastric cancer is often detected at an advanced stage and mostly associated with a poor prognosis. It is only diagnosed by gastric endoscopy which does not always allow the detection of preneoplasia. The development of non-invasive methods such as blood-based biomarkers is also crucial to improve the prevention/detection of patients at risk of gastric cancer. In a second part of our projects, we develop a translational approach in collaboration with clinicians to characterize biomarker candidates and methods for an early detection of gastric cancer.

In the context of an ANR collaboration with F. Marzani’s team (Univ of Dijon, France) and D. Lamarque’s team (Univ Paris-Saclay, France), we recently reported an endoscopy-based method, including the analysis of re-emitted reflectance spectra at different l and tissues autofluorescence, to improve the detection of gastric inflammatory lesions and preneoplasia (Bazin et al, 2020, Scientific Rep; Bazin et al, 2021, EBioMedicine).(ANR-EMMIE)

In collaboration with J. Torres (Mexico), we proposed the measure of circulating mtDNA level as a potent biomarker to identify patients with gastric preneoplasia and cancer lesions (Fernandes et al. 2014, Cancer Epidemiol, Biomarkers Prev; EP13306378). Based on this first study, we now aim to go further in the discovery of new gastric cancer biomarkers. 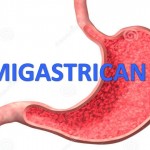 Gastric cancer  is the fourth most common malignancy and the third cause of cancer related-death worldwide. Although its incidence and mortality rates have progressively decreased in the last decades, the absolute number of cases […] 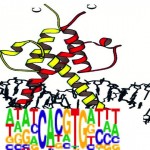 Method for in vitro investigating mitochondrial DNA levels in a biological sample, kit and uses thereof

The present invention concerns a method for preventing, modulating or curing in a mammal, the infections with Helicobacter pylori or the symptoms associated with H. pylori infection(s) or related diseases, and/or improving the clinical […]