The Comparative Functional Genomics G5 group investigates how evolutionary innovations arise in vertebrate genomes through changes in gene sequences, gene expression and gene regulation. Our main model is the evolution of menstruation, a reproductive trait which was acquired during the evolution of primates, which we investigate by comparing primate uterus samples with a combination of single-cell functional assays and computational analysis. We also develop bioinformatics models and frameworks to study how gene expression and regulation changes through time, and cellular models to test how evolutionary changes in gene function result in measurable molecular phenotypes.

We are thrilled to be making the cover of the September 2022 issue of Genome Research! This collaborative project as part of the GenoFish consortium investigates the evolution of teleost fish genomes after a polyploidization event that occurred 320 My ago, shedding light on the origins of teleosts and the mechanisms through which vertebrate polyploids deal with genome redundancy. 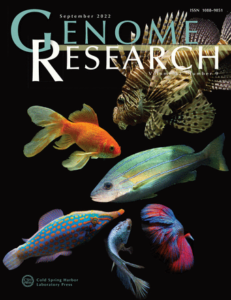 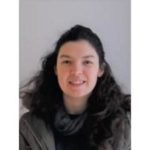 Decoding the genetics of menstruation evolution in primates The shedding of the superficial endometrium (menstruation) is a recent evolutionary attribute. It occurs only in few placental mammals (including humans and baboons), when in most […]