One or two membranes? Diderm Firmicutes challenge the Gram-positive/Gram-negative divide. 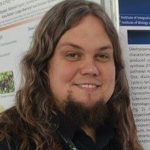 How, when and why the transition between cell envelopes with one membrane (Gram-positives or monoderms) and two (Gram-negative or diderms) occurred in Bacteria is a key unanswered question in evolutionary biology. Different hypotheses have been put forward, suggesting that either the monoderm or the diderm phenotype is ancestral. The existence of diderm members in the classically monoderm Firmicutes challenges the Gram-positive/Gram-negative divide and provides a great opportunity to tackle the issue. In this review, we present current knowledge on the diversity of bacterial cell envelopes, including these atypical Firmicutes. We discuss how phylogenomic analysis supports the hypothesis that the diderm cell envelope architecture is an ancestral character in the Firmicutes, and that the monoderm phenotype in this phylum arose multiple times independently by loss of the outer membrane. Given the overwhelming distribution of diderm phenotypes with respect to monoderm ones, this scenario likely extends to the ancestor of all bacteria. Finally, we discuss the recent development of genetic tools for Veillonella parvula, a diderm Firmicute member of the human microbiome, which indicates it as an emerging new experimental model to investigate fundamental aspects of the diderm/monoderm transition.