Michaela Müller-Trutwin studied Biology at the University in Bonn and Frankfurt, Germany. She obtained her PhD from Paris University, France in the Barré-Sinoussi lab. She worked at Research Institutes in West- and Central Africa, in particular at the Institut Pasteur in Bangui and Dakar as well as at the CIRMF in Gabon and collaborated with the Institut Pasteur in South-East Asia. She holds the position of Professor at Institut Pasteur. Since 2014 she is the head of the Unit “HIV, Inflammation and Persistence”. As Dean, she was directing the Pasteur-Paris University International PhD Program from its beginning in 2008 until 2013. She currently serves as Chair of the national coordinated action on HIV basic research at the ANRS and as Vice-president of the Scientific Council at Institut Pasteur. Among other duties, she is Steering Committee member of the Center for Innovative Therapies for infectious Disease models (IDMIT).

Her research contributed to the discovery of several HIV and SIV viruses, such as the 1st SIV from African green monkeys in Central Africa and the first SIV from chimpanzees in Cameroon as well as to the demonstration of the expansion of HIV-1 subtype A in Central African Republic at the expense of other HIV-1 subtypes. Her work was instrumental for the development of tools allowing the study of African monkeys as models for protection against AIDS. Her work delivered the first indirect indication that natural hosts of SIV are protected against AIDS without controlling viral replication. Her team discovered that the lack of AIDS in the natural hosts of SIV is associated with a rapid control of inflammation. They also uncovered a role of NK cells in the control of SIV replication in tissues. Today, the lab is focused on deciphering the early host immune responses to identify factors involved in the protection against chronic inflammation and control of viral reservoirs in SIV and HIV-1 infections with the aim to translate the findings into clinical HIV research. Her work has been honored for instance by the French Medical Research Award and the Pasteur Vallery Radot award. 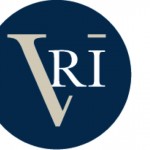 The major goal of the vaccine research institute (VRI) consists in boosting the development of a vaccine against HIV.  The VRI is a laboratory of excellence (Labex) created as part of the first PIA […]

In cancer, infection and inflammation, the immune system’s function can be dysregulated, contributing to disease pathology. As part of this process, instead of fighting disease, immune cells may suppress beneficial immune responses and increase […]

A model of control of chronic inflammation