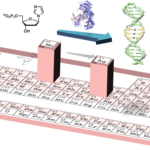 Expansion of the genetic alphabet with metal base pairs

Expanding the genetic code beyond the A-T/G-C Watson-Crick canonical base pairs and 20 amino acids of natural organisms is a long standing goal in synthetic biology. Reprogrammation of the genetic code can lead to […] 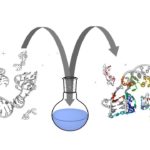 Therapeutic tools based on nucleic acids

An important research axis of the laboratory is to modify nucleic acids with chemical groups in order to improve their therapeutic usefulness. Particularly, modified aptamers (i.e. oligonucleotides capable of binding to targets with high […] 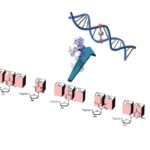 Functional nucleic acids (aptamers, DNAzymes, ribozymes, and aptazymes) are generated by in vitro Darwinian evolution methods (SELEX and related methods of in vitro selection). We are interested to expand the capacity of these functional […]

Marcel Hollenstein, hailing from Lutry (Switzerland), studied chemistry at the University of Lausanne (Switzerland) where he obtained a diploma in 1999. He then moved to the group led by Prof. Christian Leumann at the University of Bern (Switzerland) for his PhD, obtained in 2004. During his PhD, he synthesized fluorinated peptide nucleic acids (PNA) with the aim of investigating structural key features of these important DNA analogs. In 2005, he moved to the group of Prof. David Perrin at the University of British Columbia (Vancouver, Canada) for a postdoctoral stay. During this time, he was involved in Darwinian selection experiments (SELEX) to generate chemically modified DNA enzymes capable of cleaving RNA targets in the absence of divalent metal co-factors. In 2009, Marcel moved back to Bern (in the group of Prof. Christian Leumann) with a grant from the Swiss National Science Foundation (Ambizione fellowship) to work on independent research projects that dealt with the synthesis and biochemical characterization of modified nucleoside triphosphates for their futher use in the development of aptamers, DNA enzymes, and bionanomaterials. In January 2016, he was offered a position at the Institut Pasteur (Paris, France) to lead a 5-year junior group ‘bioorganic chemistry of nucleic acids’ in the department of structural biology and chemistry.