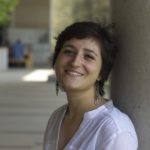 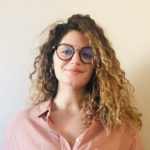 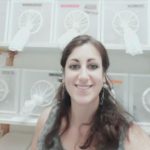 CEP55 is a central regulator of late cytokinesis and is overexpressed in numerous cancers. Its post-translationally controlled recruitment to the midbody is crucial to the structural coordination of the abscission sequence. Our recent evidence that CEP55 contains two ubiquitin-binding domains was the first structural and functional link between ubiquitin signaling and ESCRT-mediated severing of the intercellular bridge. So far, high-content screens focusing on cytokinesis have used multinucleation as the endpoint readout. Here, we report an automated image-based detection method of intercellular bridges, which we applied to further our understanding of late cytokinetic signaling by performing an RNAi screen of ubiquitin ligases and deubiquitinases. A secondary validation confirmed four candidate genes, i.e., LNX2, NEURL, UCHL1 and RNF157, whose downregulation variably affects interconnected phenotypes related to CEP55 and its UBDs, as follows: decreased recruitment of CEP55 to the midbody, increased number of midbody remnants per cell, and increased frequency of intercellular bridges or multinucleation events. This brings into question the Notch-dependent or independent contributions of LNX2 and NEURL proteins to late cytokinesis. Similarly, the role of UCHL1 in autophagy could link its function with the fate of midbody remnants. Beyond the biological interest, this high-content screening approach could also be used to isolate anticancer drugs that act by impairing cytokinesis and CEP55 functions.