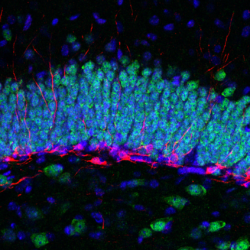 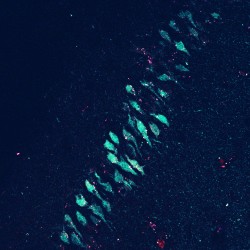 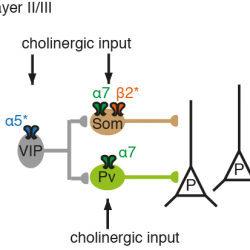 Nicotine reverses hypofrontality in animal models of addiction and schizophrenia 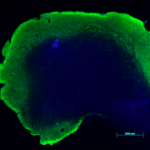 [Version française]… Drug addiction is a complex psychiatric disorder. Several predisposing factors can contribute to the vulnerability to develop this pathology, including environmental and genetic ones. Although smoking prevalence has declined in recent years, […] 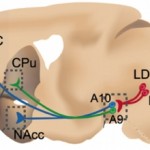 A Project of Integrative Neurobiology

[Version française]… Understanding mechanisms underlying normal complex behaviours and the abnormalities that accompany most neuropathologies is a primary challenge in fundamental and biomedical research. However, optimal use of the large body of genetic, molecular, […]

(EN) Uwe Maskos is a native Bavarian. He studied Physics and Chemistry. A graduate of New College, Oxford, he carried out his doctoral work with Professor Sir Edwin M. Southern (Lasker 2005), inventor of the ‘Southern Blot’, pursuing a highly original project, creating what was then going to become the first ever ‘DNA chips’. Having finished his DPhil at an early age, he went on to work in Neurobiology, a discipline that had started to captivate his interest already for a while. In Ron McKay’s laboratory, working at the National Institutes of Health (NIH), he developed a method of intra-uterine transplantation of neural stem cells. This was subsequently used to study the integration of cells derived from knock-out (KO) animals, human stem cells, and from differentiated embryonic stem (ES) cells, that he was also able to derive de novo. He was tenured working with Professor Jean-Pierre Changeux developing novel tools to study the neuronal nicotinic acetylcholine receptor (nAChR) in vivo. He is heading a Research Unit at the Institut Pasteur. In 2010 he received the Prix Duquesne.