Role of the nicotinic receptor in Alzheimer’s disease pathology 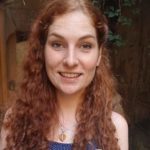 There is experimental and biomedical evidence that the nicotinic acetylcholine receptor (nAChR) is implicated in Alzheimer’s Disease (AD) pathology. The only reasonably efficient FDA approved treatment for early stage AD, blockers of acetylcholine esterase (AChE), enhances cholinergic tone in the brain, and thus signalling through the nAChRs and muscarinic AChRs. Nicotine is already in clinical trials for mild cognitive impairment (MCI). In universally accepted animal models of AD, short term treatment with nicotine, the selective agonist for the nAChRs, reduces the plaque load by 80%. We are crossing these AD models with our different KO strains for nAChR subunits to establish the receptor subtype underlying this clearance. At the same time, it has also been shown that neuronal activity in the vicinity of the plaques is abnormal, and thus very likely a contributing factor to cognitive impairment. Our work addresses the question of how nicotinic treatment reverses the effect of amyloid-beta load in transgenic mice, and potentially normalises neuronal activity in cortex and hippocampus, two main targets of the pathology. We are examining the AD deficits and amelioration by nicotine from the single cell to behaviour level. We are using in vivo two photon imaging of layer 2/3 cortical pyramidal and inhibitory neurons as an assay for circuit dysfunction with and without nicotinic signaling in animal models of AD. In the hippocampus, we are applying novel fibre-optic imaging technology developed in the laboratory to study signaling, in vivo, in this key area, out of reach for standard two photon technology. The nicotine treated mice are tested in standard behavioural paradigms to measure cognitive improvements. Nicotine treatment will be compared with FDA approved drugs. The demonstration that these could be beneficial in animal models of AD would open the way towards an understanding of the mechanism of its action, and potential clinical trials with already approved compounds.