Welcome to the laboratory Membrane Biochemistry and Transport!
We are investigating autophagy, which is the most versatile recycling machinery in human cells. Autophagy sequesters cytoplasmic material in a newly formed membrane vesicle, called autophagosome, and transports it to lysosomes. A major function of autophagy is to maintain cellular homeostasis by degrading protein aggregates or non-functional organelles which are potentially cytotoxic. However, starvation and toxic insults elicit another mode of action. Under these conditions, autophagy does not select cytoplasmic material for degradation but sequesters bulk cytoplasm. What sounds like wasting resources is indeed essential for cells to survive those conditions. Although the cell sacrifices functional proteins, organelles and ribosomes, it replenishes building blocks that are needed to maintain the most essential vital functions of human cells. What happens if autophgy fails a major research focus of our team.

How does it work?
This is a very simple question but the answer has puzzled many research teams over the past decades. Here is what we know: Ground-breaking work by many teams worldwide revealed that during autophagy, a membrane sac (or cistern) is formed, which acts like a “waste bag” and captures either distinct cytoplasmic components or bulk cytoplasm. Expanding of the structure sequesters autophagic cargo entirely and allows the membrane to finally close upon itself. The resulting double-membrane vesicle – the autophagosome is transported to lysosomes where autophagic cargo is degraded. This process is driven by a dedicated machinery comprising more than forty autophgy related (ATG) proteins. These proteins are organised in functional units (complexes) that are sequentially recruited to the site of phagophore formation. The endoplasmic reticulum serves as a platform from which phagophores emerge. The process involves remodelling of the ER into a specialised domain, called omegasome. Early ATG complexes recruit membrane vesicles to this ER-domain and their fusion generates a membrane precursor at which downstream ATG complexes assemble. Expansion of this precursor allows cargo or bulk cytoplasm to be sequestered. The lipids that are required for this expansion are donated by vesicles which are originating from various sources as well as through direct transfer of phospholipids from the ER. Sealing of the phagophore gives rise to an autophagsome that fuses with lysosomes to expose its cargo to lysosomal hydrolyses.

But what happens if autophagy does not work?

The onset of several human diseases including cancer, autoimmune and metabolic diseases, as well as neurodegeneration correlates with a reduction in autophagy. Although the involved molecular mechanisms are not well understood, the process is age-dependent which increases the risk to develop related disease in older individuals.
Slowly or non-dividing cells such as neurons are thus particularly vulnerable. We recently identified a specialised autophagy pathway that degrades protein aggregates in neural cells.

We found that this process is reversible. If protein levels of TECPR1 are restored, protein aggregates are degraded and neurons are rescued. Many neurodegenerative diseases are caused by an accumulation of proteins including alpha-synuclein and Tau in the case of Alzheimer’s disease. Our findings demonstrate that those diseases could be treated by selectively enhancing TECPR1 levels.

What is our approach to reveal fundamental insights into the molecular mechanism of autophagy?

Autophagy in the test tube

Our major strength is to combine in vitro reconstitution techniques with advanced and cutting edge in vivo methods including fluorescent microscopy (TIRF, FLIM, live cell imaging) and correlative electron microscopy. To recapitulate the biogenesis of autophagosomes in the test tube, we established a wide variety of different model membrane systems including giant, large, and small unilamellar vesicles and supported lipid bilayers. We used this technique to reconstitute the autophagic scaffold on membranes and to investigate the properties of this scaffold by e.g. fluorescent recovery after photobleaching.

The movie shows such an experiment with a giant unilamellar vesicles (membrane, red) at which the protein shell (green) was reconstituted. FRAP (fluorescence recovery after photobleaching) revealed that the proteins which make up the shell are immobile, whereas the lipids of the membrane diffuse freely in and out of the bleached area. This example demonstrates the power of our combinatorial approach in discovering fundamental molecular mechanisms in autophagy. 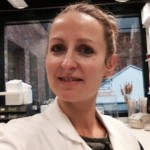 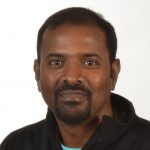 Becoming part of our team

We are a very dynamic, open, interactive, and multidisciplinary research laboratory. We meet the challenges that we are facing in our daily research by using cutting edge techniques including cell culture, fluorescent microscopy, genome editing, recombinant protein expression and purification, reconstitution reactions with model membranes, and structural biology.

Are you worrying that this sounds too much for you?

Don’t worry! Our supportive team members are taking care that you get to handle these techniques. Stèphane has a long standing expertise in cell biology and in handling neural cells as well as pluripotent and neural stem cells. Christine is an expert in protein production, electron microscopy and correlative light electron microscopy. Jagan has setup in vitro reconstitution reactions and knows how to handle model membranes. All members of our team are experienced cell biologists and biochemists. Our combinatorial approach is unique as it allows us to address the most difficult and challenging questions in fundamental biology.

Become part of our team

We are always looking for new team members who are interested in our research. We encourage highly motivated and talented PhD-students and Postdocs who are experienced in either biophysical / biochemical methods or cell biology to apply. The complementary training in our laboratory will provide you with the opportunity to work at the interface of cell biology, biochemistry and biophysics! Applicants should send a detailed letter explaining their motivation, their previous experience and how they want to contribute to our research along with CV and contact information for three referees to: thomas.wollert@pasteur.fr

The department’s primary goal is to study the interface between microorganisms, cells and tissues. The Cell Biology and Infection Department is chaired by Marc Lecuit. To understand infection mechanisms we need to explore in […]