The Think tank Mucosal Immunology gathers several research units form the departments of immunology, microbiology, cellular biology and epidemilogy and infection, as well as from the Institut Imagine (Necker) and Hôpital Paul Brousse. It is build on a Mucosal Immunology Club that exists since 2012 and meets once a month to discuss new data presented by one of the labs, in turns. The MI Think tank focuses on all potential aspects of mucosal immunology and microbiology, and the impact of these local processes on physiology. Please contact Gérard Eberl if you wish to participate to the MI Think tank.

The participating teams investigate different aspects of mucosal immunity, with a focus on the intestine. The role of innate lymphoid cells (ILCs) and Th17 cells in homeostasis and defense, and their regulation by the symbiotic microbiota and their metabolites, has been reported by this group. In addition, the pathways by which enteropathogens are controlled by the host, and manipulate the host, is investigated in the context of Listeria, Shigella and Helicobacter infection. Another area of investigation is the role of the liver in intestinal defense and homeostasis. Approaches are being developped to link the intestinal immune system with other mucosal organs, such as the lung, and  integrate mucosal immunology into the broader context of host physiology, the nervous system and metabolism. 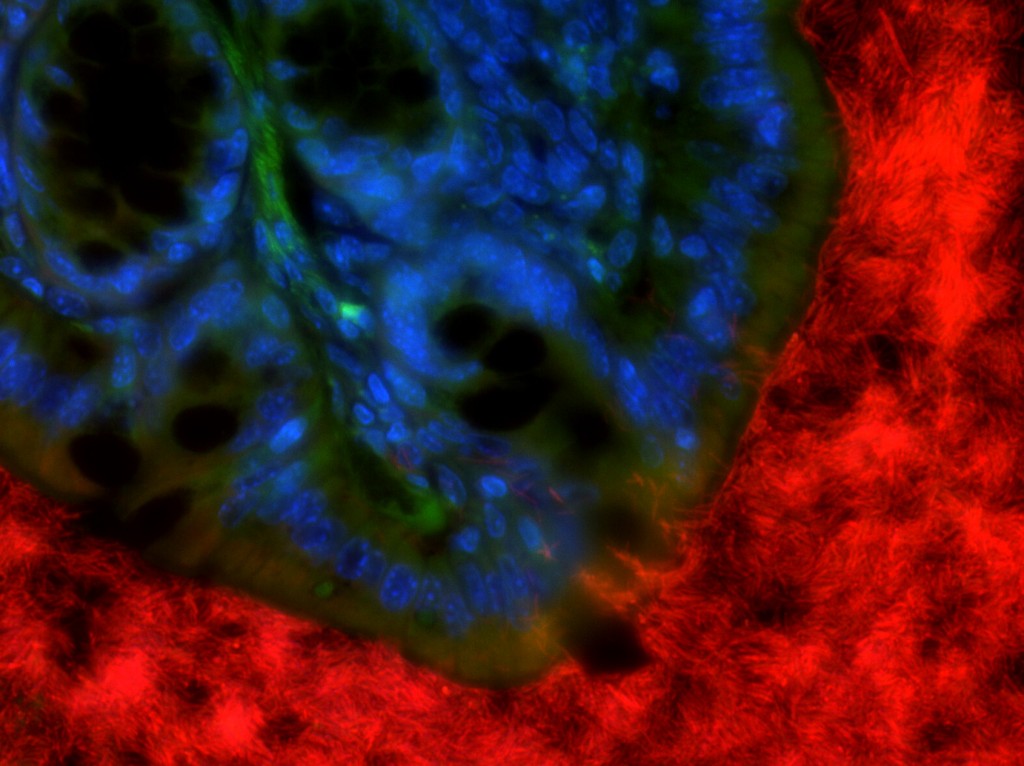 The symbiotic microbiota (in red, FISH staining of the bacterial 16S rDNA) in
the mouse ileum (nuclei in blue and cell autofluorescence in green)