Despite the success of anti-retroviral therapy (ART) to treat HIV-1-infected individuals, the persistence of a viral reservoir remains an obstacle to a cure. Characterization of the antibody repertoire in patients led to the identification of broadly neutralizing antibodies (bNAbs) targeting the viral envelope glycoproteins and suppressing HIV-1 infectivity with unprecedented potency. Passive administration of bNAbs in animal models or in infected humans revealed their capacity to decrease viral loads and to delay viral rebound after ART cessation. bNAbs also activate the immune system and mediate functions that go well beyond neutralization, such as killing of infected cells or enhancement of T and B cell responses. The molecular and cellular mechanisms underlying the activation of Fc-dependent effector functions of antibodies, including bNAbs, are incompletely understood.

My aim is to analyze the interactions between HIV-1 specific antibodies, infected cells, and the immune system. 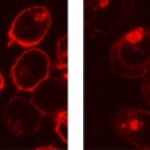 Mechanisms of HIV-1 replication and interaction with the immune system. More than 35 years after its appearance, the HIV/AIDS epidemic represents more than ever a public health threat worldwide. About 37 million people are […]

Collaborative work with various lab from Pasteur Institute. The main goal of this project is to develop 3D printing based approach on data vizalisation applied to biology. 3D printing of elements exported from microscope […]