Mechanisms of HIV-1 replication and interaction with the immune system.

More than 35 years after its appearance, the HIV/AIDS epidemic represents more than ever a public health threat worldwide. About 37 million people are living with HIV/AIDS as of the end of 2015, most of them originating from emerging countries. Our work focuses on cellular and molecular aspects of HIV-1 replication, and on the mechanisms of the interaction of HIV-infected cells with the immune system. Three close and complementary axes of research characterize our scientific activities.

We are studying viral cell-to-cell spread. Direct cell-to-cell transfer represents a potent and rapid mode of viral propagation, which involves the formation of virological synapses between infected donor cells and uninfected recipients. We are examining the role of cellular and viral proteins which facilitate viral spread. We are deciphering the underlying mechanisms. 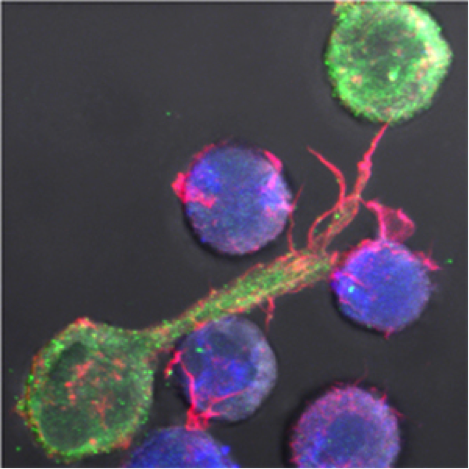 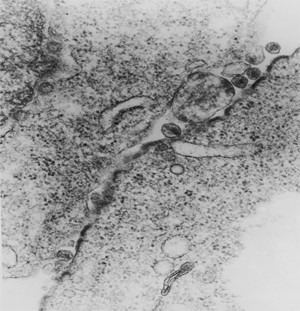 We are also studying the role of the viral protein Nef, which facilitates viral replication by interfering with the antiviral activity of cellular proteins (SERINC proteins), and which also modulates the trafficking of proteins, such as MHC-I and are involved in immune responses.

We are also examining how cellular proteins may inhibit viral spread. These proteins are called restriction factors and are often induced by type-I Interferons. We are studying for instance the role of IFITMs (Interferon induced Transmembrane proteins), which impair viral fusion and then access of incoming virions to the cytoplasm. Our aim is to understand how IFITM proteins inhibit HIV-1 replication and how the virus counteracts this effect.