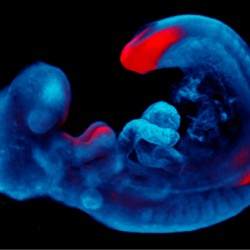 Samy Gobaa, PhD obtained his doctorate from the Swiss Federal Institute of Technology-Zurich (ETHZ) where he worked on elucidating structure-function relationships in large polymeric proteins. He then worked as a postdoctoral fellow at the Swiss Federal Institute of Technology-Lausanne, Institute for Bioengineering (EPFL-IBI). There Samy worked on multiple projects aimed at interfacing biology with engineering. The overarching theme of his research consisted of the breaking-down, followed by the synthetic recapitulation, of extracellular microenvironments. On the practical side, Samy developed a novel platform called “the artificial niche microarray” designed to advance the understanding of stem cell fate decision-making. Based on the combinatorial spotting of signalling proteins and hydrogel technology, the artificial niche microarray proved to be an efficient tool for deciphering the complexity of the stem cell extracellular milieu. Samy also led microfluidic projects aimed at capturing circulating tumour cells while assessing their metastatic potential on a single chip.

“I am convinced that in today’s landscape of biomedical research the use of state-of-the-art technologies offers an important competitive advantage. My vision is that establishing in-house bioengineering structures, where the most advanced tools are available and where biological and engineering projects can “co-evolve,” is needed for elegantly bridging both worlds.”

In the human colon, mucus protects the underlying epithelium from pathogens. During infection, pathogens and resident microbiota compete for nutritional metabolites and therefore changes may alter the equilibrium in the colon ecosystem contributing to […]

PTR 232-2019. Mechabiome. Computational imaging of the spatiotemporal distribution of forces in gut tissue: a study of the cross talk between cell mechanics, microbiome and infectious processes

Mechanical forces trigger many cellular functions and change the geometry and physical properties of a tissue. Very few studies look at the biomechanisms of invasion of microbes at tissue level. – In this project […]

Our objective is to generate inner ear organoids that can recapitulate in vitro the initial steps of the cochlear epithelium formation. In particular, we aim at generating these organoids in a micro-environment that allows […]

The use of new technological approaches including microfluidics and organ-on-chip strategies has permitted the design of advanced in vitro assays to address a variety of questions including in the study of human infections.  These […] 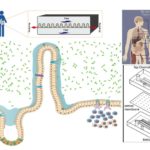 The intestine, and in particular the colon, comprising a mucus blanket, an epithelial monolayer and the lamina propria rich in immune cells, is constantly subjected to shear stress (flow) and peristaltic motion (stretching), both […]

The goal of this project is to develop a new organ-on-chip microfluidic device based on the actuation of thin hydrogel layers. Indeed, hydrogels possess interesting properties, compared to the commonly used perforated PDMS membranes. […]

The goals of this project are to build an external bioartificial liver, a liver-on-chip as well as a bioengineered liver. In the present project, bioconstruction of the liver will be performed by the assembly […]