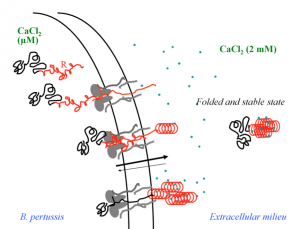 CyaA, a 1706 residue-long protein, is one of the major virulence factors produced by B. pertussis and plays an important role in the early stages of respiratory tract colonization. This toxin uses an original intoxication mechanism: secreted by the virulent bacteria, CyaA is able to invade eukaryotic target cells through a unique but poorly understood mechanism that involves a calcium-dependent direct translocation of its N-terminal catalytic domain across the plasma membrane. Then, upon activation by the endogenous cytosolic calmodulin (CaM), CyaA catalyzes massive production of cAMP that in turn alters cellular physiology. Our main objective is to unravel the molecular mechanisms of this unique entry pathway.

One challenging aspect of the structural and biophysical studies of CyaA arises from the complexity of this toxin, a large (1706 amino-acids) multi-domain protein that is post-translationally acylated and exhibits a pronounced hydrophobic character limiting its solubility. The only structural data available thus far on the protein is the 3D structure of the catalytic domain solved by the group of Wei-Jen Tang. In the last times, our work has been focused on the characterization of individual domains of the toxin, mainly the N-terminal catalytic domain (AC) and the C-terminal Repeat-in-ToXin (RTX) Domain (RD and part of it) using a combination of biochemical and biophysical approaches (more details here).

We have recently described a procedure to produce a monomeric, stable, soluble and functional state of the full-length CyaA toxin. We are now investigating the physico-chemical properties of CyaA in solution and upon its insertion into membranes. 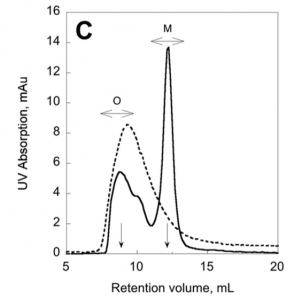 The characterization of CyaA in solution should be instrumental to develop a new generation of vacines against whooping cough. Biophysical techniques will be developed to follow the translocation process both in vitro on lipid membranes and in vivo on eukaryotic cells. These studies should provide a better understanding of the mechanisms of toxin translocation across biological membranes, and in addition, will be instrumental for further developments of CyaA-based vaccines (two of them are currently in phase I/II clinical trials). Indeed, Daniel Ladant, in collaboration with C. Leclerc’s team at Institut Pasteur, previously showed that CyaA is a potent vaccine vehicle able to deliver antigens into dendritic cells to trigger specific cell-mediated immune responses (more details here). Besides investigating the biophysics of CyaA, I have pursued several projects initiated during my previous post-doctoral positions or within new collaborations established with various groups inside or outside Institut Pasteur (more details here). 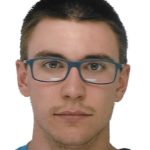 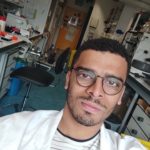 We are interested in investigating the effects of molecular crowding, i.e., excluded volume effects, mimicking the effects of high concentrations of macromolecular solutes found in biological fluids on biochemical properties of proteins. In particular, […] 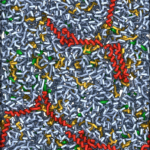 CyaA, a 1706 residue-long protein, is one of the major virulence factors produced by B. pertussis and plays an important role in the early stages of respiratory tract colonization. This toxin uses an original […]