Post-translational acylation controls the folding and functions of the CyaA RTX toxin. 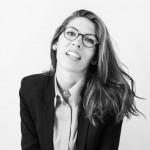 The adenylate cyclase (CyaA) toxin is a major virulence factor of Bordetella pertussis, the causative agent of whooping cough. CyaA is synthetized as a pro-toxin, pro-CyaA, and converted into its cytotoxic form upon acylation of two lysines. After secretion, CyaA invades eukaryotic cells and produces cAMP, leading to host defense subversion. To gain further insights into the effect of acylation, we compared the functional and structural properties of pro-CyaA and CyaA proteins. HDX-MS results show that the refolding process of both proteins upon progressive urea removal is initiated by calcium binding to the C-terminal RTX domain. We further identified a critical hydrophobic segment, distal from the acylation region, that folds at higher urea concentration in CyaA than in pro-CyaA. Once refolded into monomers, CyaA is more compact and stable than pro-CyaA, due to a complex set of interactions between domains. Our HDX-MS data provide direct evidence that the presence of acyl chains in CyaA induces a significant stabilization of the apolar segments of the hydrophobic domain and of most of the acylation region. We propose a refolding model dependent on calcium and driven by local and distal acylation-dependent interactions within CyaA. Therefore, CyaA acylation is not only critical for cell intoxication, but also for protein refolding into its active conformation. Our data shed light on the complex relationship between post-translational modifications, structural disorder and protein folding. Coupling calcium-binding and acylation-driven folding is likely pertinent for other repeat-in-toxin cytolysins produced by many Gram-negative bacterial pathogens.-O’Brien, D. P., Cannella, S. E., Voegele, A., Raoux-Barbot, D., Davi, M., Douché, T., Matondo, M., Brier, S., Ladant, D., Chenal, A. Post-translational acylation controls the folding and functions of the CyaA RTX toxin.