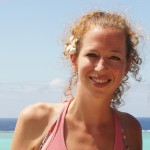 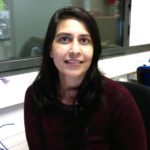 Red blood cell (RBC) invasion by Plasmodium merozoites requires multiple steps that are regulated by signaling pathways. Exposure of P. falciparum merozoites to the physiological signal of low K+, as found in blood plasma, leads to a rise in cytosolic Ca2+, which mediates microneme secretion, motility, and invasion. We have used global phosphoproteomic analysis of merozoites to identify signaling pathways that are activated during invasion. Using quantitative phosphoproteomics, we found 394 protein phosphorylation site changes in merozoites subjected to different ionic environments (high K+/low K+), 143 of which were Ca2+ dependent. These included a number of signaling proteins such as catalytic and regulatory subunits of protein kinase A (PfPKAc and PfPKAr) and calcium-dependent protein kinase 1 (PfCDPK1). Proteins of the 14-3-3 family interact with phosphorylated target proteins to assemble signaling complexes. Here, using coimmunoprecipitation and gel filtration chromatography, we demonstrate that Pf14-3-3I binds phosphorylated PfPKAr and PfCDPK1 to mediate the assembly of a multiprotein complex in P. falciparum merozoites. A phospho-peptide, P1, based on the Ca2+-dependent phosphosites of PKAr, binds Pf14-3-3I and disrupts assembly of the Pf14-3-3I-mediated multiprotein complex. Disruption of the multiprotein complex with P1 inhibits microneme secretion and RBC invasion. This study thus identifies a novel signaling complex that plays a key role in merozoite invasion of RBCs. Disruption of this signaling complex could serve as a novel approach to inhibit blood-stage growth of malaria parasites.IMPORTANCE Invasion of red blood cells (RBCs) by Plasmodium falciparum merozoites is a complex process that is regulated by intricate signaling pathways. Here, we used phosphoproteomic profiling to identify the key proteins involved in signaling events during invasion. We found changes in the phosphorylation of various merozoite proteins, including multiple kinases previously implicated in the process of invasion. We also found that a phosphorylation-dependent multiprotein complex including signaling kinases assembles during the process of invasion. Disruption of this multiprotein complex impairs merozoite invasion of RBCs, providing a novel approach for the development of inhibitors to block the growth of blood-stage malaria parasites.

https://pubmed.ncbi.nlm.nih.gov/32817103
Publié le: 18 Aug 2020 • Modifié le: 12 Nov 2020
We use cookies on our website to give you the most relevant experience by remembering your preferences and repeat visits. By clicking “Accept”, you consent to the use of ALL the cookies.
Cookie settingsACCEPT
Manage consent