The oxidative stress response of pathogenic Leptospira is controlled by two peroxide stress regulators which putatively cooperate in controlling virulence. 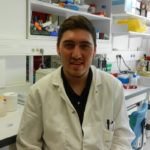 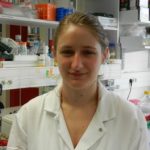 Pathogenic Leptospira are the causative agents of leptospirosis, the most widespread zoonotic infectious disease. Leptospirosis is a potentially severe and life-threatening emerging disease with highest burden in sub-tropical areas and impoverished populations. Mechanisms allowing pathogenic Leptospira to survive inside a host and induce acute leptospirosis are not fully understood. The ability to resist deadly oxidants produced by the host during infection is pivotal for Leptospira virulence. We have previously shown that genes encoding defenses against oxidants in L. interrogans are repressed by PerRA (encoded by LIMLP_10155), a peroxide stress regulator of the Fur family. In this study, we describe the identification and characterization of another putative PerR-like regulator (LIMLP_05620) in L. interrogans. Protein sequence and phylogenetic analyses indicated that LIMLP_05620 displayed all the canonical PerR amino acid residues and is restricted to pathogenic Leptospira clades. We therefore named this PerR-like regulator PerRB. In L. interrogans, the PerRB regulon is distinct from that of PerRA. While a perRA mutant had a greater tolerance to peroxide, inactivating perRB led to a higher tolerance to superoxide, suggesting that these two regulators have a distinct function in the adaptation of L. interrogans to oxidative stress. The concomitant inactivation of perRA and perRB resulted in a higher tolerance to both peroxide and superoxide and, unlike the single mutants, a double perRAperRB mutant was avirulent. Interestingly, this correlated with major changes in gene and non-coding RNA expression. Notably, several virulence-associated genes (clpB, ligA/B, and lvrAB) were repressed. By obtaining a double mutant in a pathogenic Leptospira strain, our study has uncovered an interplay of two PerRs in the adaptation of Leptospira to oxidative stress with a putative role in virulence and pathogenicity, most likely through the transcriptional control of a complex regulatory network.