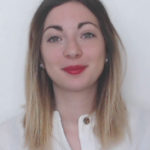 The Vanuatu archipelago served as a gateway to Remote Oceania during one of the most extensive human migrations to uninhabited lands ∼3,000 years ago. Ancient DNA studies suggest an initial settlement by East Asian-related peoples that was quickly followed by the arrival of Papuan-related populations, leading to a major population turnover. Yet there is uncertainty over the population processes and the sociocultural factors that have shaped the genomic diversity of ni-Vanuatu, who present nowadays among the world’s highest linguistic and cultural diversity. Here, we report new genome-wide data for 1,433 contemporary ni-Vanuatu from 29 different islands, including 287 couples. We find that ni-Vanuatu derive their East Asian- and Papuan-related ancestry from the same source populations and descend from relatively synchronous, sex-biased admixture events that occurred ∼1,700-2,300 years ago, indicating a peopling history common to the whole archipelago. However, East Asian-related ancestry proportions differ markedly across islands, suggesting that the Papuan-related population turnover was geographically uneven. Furthermore, we detect Polynesian ancestry arriving ∼600-1,000 years ago to Central and South Vanuatu in both Polynesian-speaking and non-Polynesian-speaking populations. Last, we provide evidence for a tendency of spouses to carry similar genetic ancestry, when accounting for relatedness avoidance. The signal is not driven by strong genetic effects of specific loci or trait-associated variants, suggesting that it results instead from social assortative mating. Altogether, our findings provide an insight into both the genetic history of ni-Vanuatu populations and how sociocultural processes have shaped the diversity of their genomes.