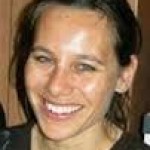 Elizabethkingia anophelis is an emerging pathogen involved in human infections and outbreaks in distinct world regions. We investigated the phylogenetic relationships and pathogenesis-associated genomic features of two neonatal meningitis isolates isolated 5 years apart from one hospital in Central African Republic and compared them with Elizabethkingia from other regions and sources. Average nucleotide identity firmly confirmed that E. anophelis, E. meningoseptica and E. miricola represent demarcated genomic species. A core genome multilocus sequence typing scheme, broadly applicable to Elizabethkingia species, was developed and made publicly available (http://bigsdb.pasteur.fr/elizabethkingia). Phylogenetic analysis revealed distinct E. anophelis sublineages and demonstrated high genetic relatedness between the African isolates, compatible with persistence of the strain in the hospital environment. CRISPR spacer variation between the African isolates was mirrored by the presence of a large mobile genetic element. The pan-genome of E. anophelis comprised 6,880 gene families, underlining genomic heterogeneity of this species. African isolates carried unique resistance genes acquired by horizontal transfer. We demonstrated the presence of extensive variation of the capsular polysaccharide synthesis gene cluster in E. anophelis. Our results demonstrate the dynamic evolution of this emerging pathogen and the power of genomic approaches for Elizabethkingia identification, population biology and epidemiology.