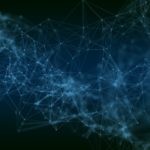 Inhibition of fungal growth by Congo red (CR) has been putatively associated with specific binding to β-1,3-glucans, which blocks cell wall polysaccharide synthesis. In this study, we searched for transcription factors (TFs) that regulate the response to CR and interrogated their regulon. During the investigation of the susceptibility to CR of the TF mutant library, several CR-resistant and -hypersensitive mutants were discovered and further studied. Abnormal distorted swollen conidia called Quasimodo cells were seen in the presence of CR. Quasimodo cells in the resistant mutants were larger than the ones in the sensitive and parental strains; consequently, the conidia of the resistant mutants absorbed more CR than the germinating conidia of the sensitive or parental strains. Accordingly, this higher absorption rate by Quasimodo cells resulted in the removal of CR from the culture medium, allowing a subset of conidia to germinate and grow. In contrast, all resting conidia of the sensitive mutants and the parental strain were killed. This result indicated that the heterogeneity of the conidial population is essential to promote the survival of Aspergillus fumigatus in the presence of CR. Moreover, amorphous surface cell wall polysaccharides such as galactosaminogalactan control the influx of CR inside the cells and, accordingly, resistance to the drug. Finally, long-term incubation with CR led to the discovery of a new CR-induced growth effect, called drug-induced growth stimulation (DIGS), since the growth of one of them could be stimulated after recovery from CR stress.IMPORTANCE The compound Congo red (CR) has been historically used for coloring treatment and histological examination as well to inhibit the growth of yeast and filamentous fungi. It has been thought that CR binds to β-1,3-glucans in the fungal cell wall, disrupting the organization of the cell wall structure. However, other processes have been implicated in affecting CR sensitivity. Here, we explore CR susceptibility through screening a library of genetic null mutants. We find several previously uncharacterized genetic regulators important for CR susceptibility. Through biochemical and molecular characterization, we find cell membrane permeability to be important. Additionally, we characterize a novel cell type, Quasimodo cells, that occurs upon CR exposure. These cells take up CR, allowing the growth of the remaining fungi. Finally, we find that priming with CR can enhance long-term growth in one mutant.