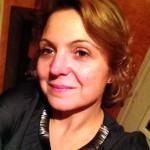 High-throughput sequencing furnishes a large number of short sequence reads from uncloned DNA and has rapidly become a major tool for identifying viruses in biological samples, and in particular when the target sequence is undefined. In this study, we assessed the analytical sensitivity of a pipeline for detection of viruses in biological samples based on either the Roche-454 genome sequencer or Illumina genome analyzer platforms. We sequenced biological samples artificially spiked with a wide range of viruses with genomes composed of single or double-stranded DNA or RNA, including linear or circular single-stranded DNA. Viruses were added at a very low concentration most often corresponding to 3 or 0.8 times the validated level of detection of quantitative reverse transcriptase PCRs (RT-PCRs). For the viruses represented, or resembling those represented, in public nucleotide sequence databases, we show that the higher output of Illumina is associated with a much greater sensitivity, approaching that of optimized quantitative (RT-)PCRs. In this blind study, identification of viruses was achieved without incorrect identification. Nevertheless, at these low concentrations, the number of reads generated by the Illumina platform was too small to facilitate assembly of contigs without the use of a reference sequence, thus precluding detection of unknown viruses. When the virus load was sufficiently high, de novo assembly permitted the generation of long contigs corresponding to nearly full-length genomes and thus should facilitate the identification of novel viruses.