Olivier Leclercq started his career at the Institut Pasteur in 2005 working on mutation phenomena during somatic hypermutation in the unit of Biochemistry and Genetics of Development, headed by Pr F. Rougeon. In 2009, he joined the unit of Molecular Parasitology and Signaling, head by Dr G. Spaeth, as part of the European FP7 LeishDrug project, to develop a 2D in-gel kinase assay to trace phosphotransferase activity in Leishmania donovani. Then, he was implicated in the PTR 392 “Systems-wide analysis of Leishmania virulence” to investigation genetics, transcriptomics, and proteomics differences between hyper- and hypo-pathogenic L. major field isolates. In 2014, as part of the ANR TransLeish project, Olivier developed a drug target deconvolution approach combining ATP affinity chromatography, competition assays and mass spectrometry to evaluate the specificity and discover the targets of kinase-biased hit compounds. Using this approach, he obtained the first ATPome in trypanosomatids and developed an innovative drug target deconvolution method that can easily be applied to other pathogens or diseases. In 2020, Olivier joined the Signalling and host-parasite interactions group, head by Dr N. Rachidi, to study: (i) the mechanisms of host cell subversion by Leishmania through parasite virulence factors released via extracellular vesicles, and (ii) work on the development of novel anti-leishmanial strategies targeting released parasite virulence factors or host proteins interacting with these virulence factors, to restore the host cell anti-microbial potential (ANR Texleish).

The protozoan parasite Leishmania donovani causes fatal visceral leishmaniasis, one of the most neglected tropical diseases. In the absence of economic incentive, serious Research and Development (R&D) investments into anti-leishmanial drug development lack from […] 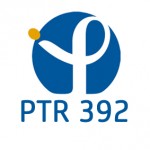 This PTR aims to gain novel insight into the nature, the expression, and the regulation of Leishmania virulence factors through the investigation of genetics, transcriptomics, and proteomics differences between (i) virulent and avirulent L. […] 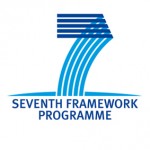 Visceral leishmaniasis is caused by the protozoan parasites Leishmania donovani and Leishmania infantum and is a potentially fatal disease in endemic areas around the world. During the infectious cycle, Leishmania alternate between the insect […] 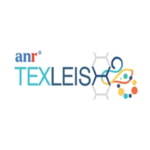 Leishmaniasis remains a severe public health problem, with an estimated prevalence of 12 million cases. This potentially fatal disease has a worldwide distribution and in 2012, Visceral Leishmaniasis (VL) was declared as new emerging […] 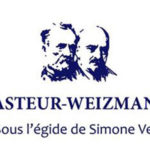 The way pathogens evade the human host system is largely unknown, thus limiting our ability to cure infectious diseases. This is the case for Plasmodium, instigator of malaria, as well as Leishmania, causative agent […] 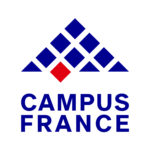 Casein kinase 1 (CK1) is a family of serine/threonine protein kinases, which play essential regulatory functions in multiple cellular processes. These signalling kinases have been identified in most eukaryotes, from human to protozoa; they […]