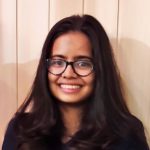 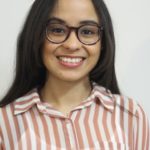 Leishmaniasis remains a severe public health problem, with an estimated prevalence of 12 million cases. This potentially fatal disease has a worldwide distribution and in 2012, Visceral Leishmaniasis (VL) was declared as new emerging disease in Europe, mainly due to global warming, with expected important public health impact. Leishmaniasis has three clinical forms: cutaneous (CL), mucocutaneous (MCL) and the fatal visceral (VL). The causative agent is Leishmania, an obligate intracellular parasite of macrophages. Several treatments are available such as the pentavalent antimonials, amphotericin B, and miltefosine but none is ideal because of toxicity, cost or resistance. Consequently, there is an urgent need of new paradigms for antileishmanial therapy to identify new drugs, which limit the devastating impact of parasite resistance. While most of the current drugs, as well as those in development, target the parasite biology, we propose to target the exoproteome of Leishmania, and particularly excreted signalling kinases, to inhibit host-parasite interactions. This novel strategy has two advantages: restore the host cell ability to fight the parasite and limit the risk of parasite resistance. To this end, we validated Leishmania casein Kinase I paralog 2 (L-CK1.2) as a drug target for antileishmanial therapy. 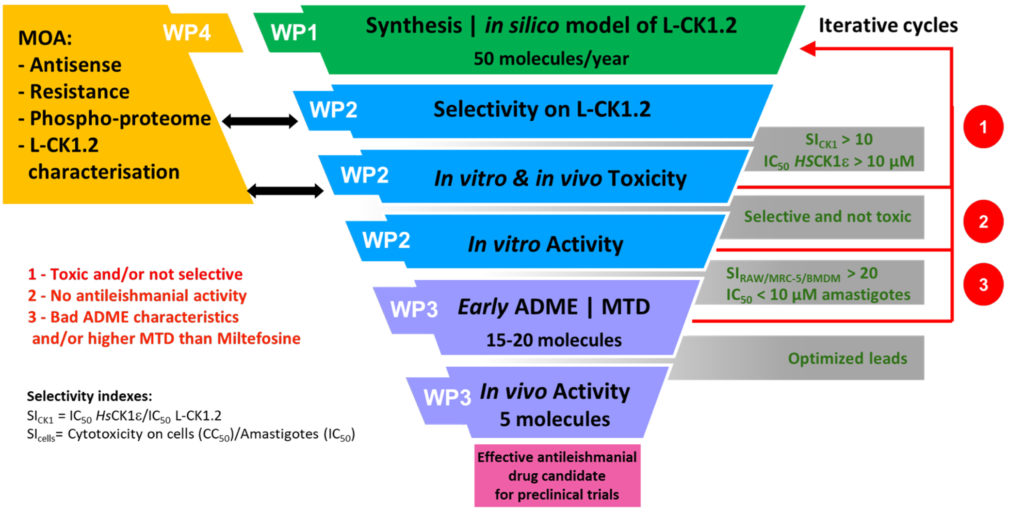 Despite the efficiency of CTN1122 in animal, two main issues remained to be addressed: its specificity and its toxicity. The aim of the TEXLEISH consortium is thus to optimize the lead compound CTN1122 into an orally active, safe, effective drug candidate that could reach preclinical trial level, through a 3- step pipeline, and to study its mechanism of action (Figure 1). WP1, generating a library of analogs; WP2, assessing the selectivity, the toxicity and the antileishmanial activity of the synthesized compounds; WP3, assessing the bioavailability of the selected analogs (early ADME) and testing its efficiency in L. donovani and L. major in vivo models; WP4, generating tools to determine the mechanism of action of the selected analogs and to investigate L-CK1.2 functions.