Lucy Glover joined the Institut Pasteur in March 2016 as a G5 group leader to set up the Trypanosome Molecular Biology group. Lucy completed her Ph.D at the London School of Hygiene and Tropical Medicine (LSHTM) in David Horn`s laboratory in 2007 where she looked at the role of the telomere in antigenic variation in Trypanosoma brucei. She then went on to complete several post docs both at LSHTM and the University of Dundee studying the role of DNA repair and recombination in antigenic variation and establishing RNAi library screens to look for novel factors required for monoallelic expression in T. brucei. 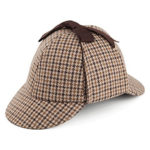 SHERLOCK4HAT African trypanosomes are transmitted by the bite of the tsetse fly and cause the debilitating, and often fatal, neglected tropical disease sleeping sickness, or Human African Trypanosomiasis (HAT). Trypanosoma brucei gambiense, the parasites […]

1) Using an RNAi library in combination with high-throughput sequencing to: