Nobel Prize of Medicine 2008
PhD, Professor at the Institut Pasteur
Research Director at the INSERM, France

Françoise Barré-Sinoussi is involved in retrovirology research, since the early 1970’s and recognized for her contributions to HIV/AIDS research, in particular in the discovery of HIV.

Françoise Barré-Sinoussi has been strongly implicated in promoting integration between HIV/AIDS research and actions in resource limited countries, in particular through the Institute Pasteur International Network and the coordination of the ANRS research programs in Cambodia and Vietnam, according to her strong commitment in building capacity, training and technology transfers on sites in Africa and Asia.

Françoise Barré-Sinoussi was the Head of the “Regulation of Retroviral Infections” laboratory  in the Department of Virology at the Institut Pasteur in Paris. She is author and co-author of more than 280 original publications. Through her career, she received dozens of national or international awards, including the Nobel Prize for Medicine in 2008 for her contributions to HIV/AIDS. In February 2009 she was elected member of the National Academy of Science and elevated at the rank of Commander of the Legion of Honor in France. She is the Immediate Past President of the International AIDS Society (IAS). She is at the origin of the IAS « Towards an HIV Cure » initiative. 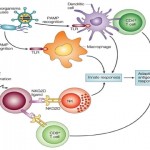 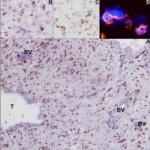 Still a lot has to be learned concerning the correlates of protection against HIV-1 transmission and especially on the immune response necessary for an efficient control. This is even more true at the mucosal […]

Despite the success of anti-retroviral therapy both as treatment and prevention, novel scalable and low-cost vaccine and therapeutic tools remain the only solutions to definitively stop the global HIV/AIDS epidemic. To achieve this […]