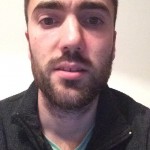 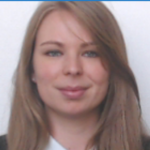 Hearing is a mechanical and neurochemical process, which occurs in the hair cells of inner ear that converts the sound vibrations into electrical signals transmitted to the brain. The multi-PDZ scaffolding protein whirlin plays a critical role in the formation and function of stereocilia exposed at the surface of hair cells. In this article, we reported seven stereociliary proteins that encode PDZ binding motifs (PBM) and interact with whirlin PDZ3, where four of them are first reported. We solved the atomic resolution structures of complexes between whirlin PDZ3 and the PBMs of myosin 15a, CASK, harmonin a1 and taperin. Interestingly, the PBM of CASK and taperin are rare non-canonical PBM, which are not localized at the extreme C terminus. This large capacity to accommodate various partners could be related to the distinct functions of whirlin at different stages of the hair cell development.