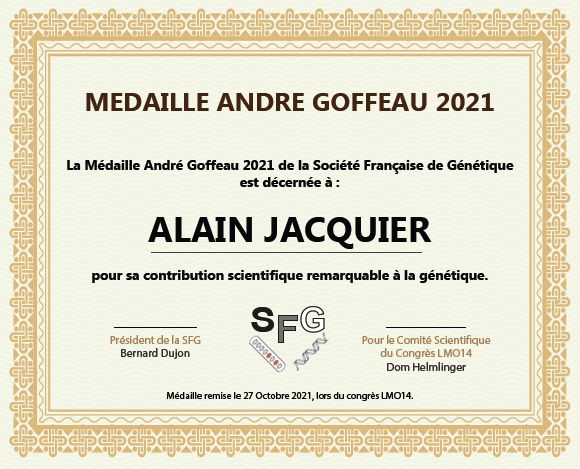 The Société Française de Génétique (SFG) created a medal to honor a geneticist for his/her achievements in the field of Genetics. The medal is awarded during meetings organized or supported by the SFG. The medal is named after a prominent French Geneticist.

In 2021, our depart ment is proud to announce that Alain JACQUIER, head of the Genetics of Macromolecular Interactions and head of the CNRS UMR3525 “Genetics of Genomes” was awarded the 2021 Medal André GOFFEAU.

The medal was presented to Alain JACQUIER during the last “Levures, Modèles et Outils” meeting held in Strasbourg on October, 29th. 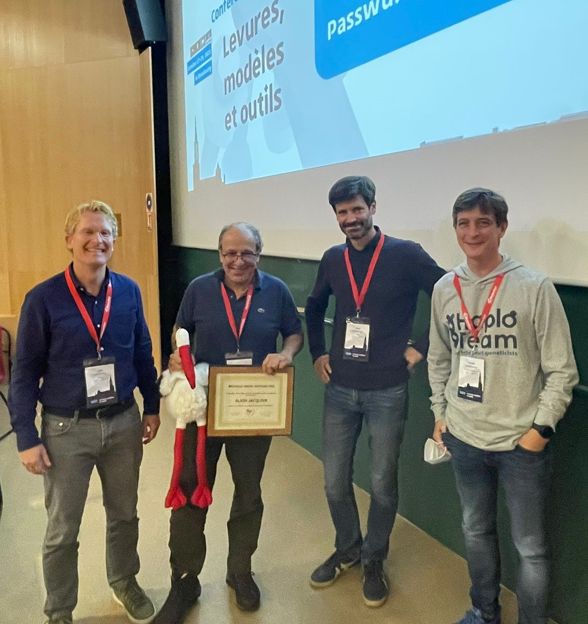