I have been appointed in 2010 then Co-director together with Dr Françoise Norel-Bozouklian in 2014 of this Microbiology course. This nine-week theorical and practical course presents the latest advances in molecular and cellular microbiology. […] 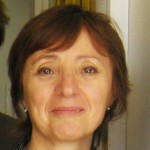 Christophe Beloin
2015-09-01 03:00:00 2015-10-30 Europe/Paris Microbiology Course Institut Pasteur I have been appointed in 2010 then Co-director together with Dr Françoise Norel-Bozouklian in 2014 of this Microbiology course. This nine-week theorical and practical course presents the latest advances in molecular and cellular microbiology. […] 28 Rue du Docteur Roux, Paris, France
20:46
01
Sep 2015
Cours

Françoise Norel has been appointed Co-director of the Institut Pasteur Microbiology Course in 2014. This course is held annually and is part of master trainings proposed by 3 universities: Pierre and Marie Curie (Paris […] 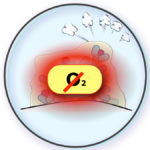 Although  many clinically and ecologically relevant processes are known to be  performed by biofilm communities composed of strict or facultative anaerobic bacteria, biofilms were often studied in  aerobic conditions.  We use in vitro anaerobic culture systems […] 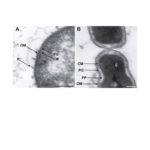 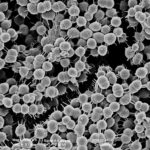 One of the  of the hallmarks of biofilm physiology is its tolerance to a high level of antimicrobials. We are currently investigating the molecular mechanisms that lead to this transient ability to withstand antimicrobial treatments. […] 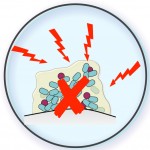 Biofilm formation relies as much on bacterial adhesion properties than on surface chemistry, and many questions remain regarding biophysics of surface adhesion. In collaboration with physico-chemists and biophysicists, we used multidisciplinary approaches to investigate bacterial […] 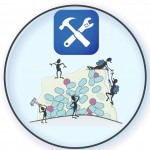 We originally developed genetic tools to study adhesion and biofilm formation in commensal and pathogenic E. coli species. These tools are made freely available to the scientific community upon request. • pKOBEG Lambda Red […] 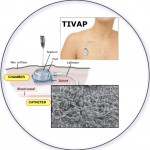 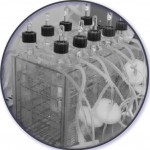 We designed a continuous-flow culture system in which biofilm formation can be reproducibly monitored and controlled in microfermentors handled at flow-rates avoiding accumulation of planktonic bacteria. This model is suited for biofilm macroscopic analysis, […]

I prepared my PhD in the laboratory of Structure and Expression of Bacterial Genome directed by Dr. Françoise Le Hégarat at the University Paris XI where I studied histone-like proteins of the Gram positive bacteria Bacillus subtilis. I obtained my PhD in 1998. The same year I joined the laboratory of Prof. Charles J. Dorman in Trinity College Dublin as a European Post-doctoral fellow. During these three years my research has been focused on the regulation of virulence gene expression in the pathogenic bacteria Shigella flexneri. In 2001, I came back to France on a postdoctoral proposition in the 5 years group recently created by Dr. Jean-Marc Ghigo. I participated to the implementation of the G5 Genetics of Biofilms Laboratory. In 2003, I was recruited at the Institut Pasteur as Assistant Professor (Chargé de Recherche) and have been promoted Associate Professor in 2014. In the  Ghigo’s laboratory, my work  focuses on two biofilm-specific phenomena: initial adhesion to surfaces or between bacteria, which is a key step of any colonization process, and biofilms recalcitrance  towards antibiotic , a major biofilm behavior responsible for chronic and recurrent infections in clinic. Beyond the importance of a better fundamental understanding of the molecular mechanisms controlling these two biofilm-properties , these studies have also been motivated by my desire to translate, when possible, some aspects of my work into clinically relevant situations involving biofilms. Since 2011 I’m strongly involved in teaching at the Institut Pasteur and I have been appointed Co-director of the Institut Pasteur Microbiology Course in 2014.