We aim to understand the mechanism governing cell fate choice during embryonic development using human sex determination (SD) as a unique and powerful paradigm. SD is the process by which a sexually reproducing organism initiates differentiation as either male or female. The mechanism of this switch is a classic but poorly understood question in biology. The mechanisms of SD are remarkably variable among organisms despite their critical importance for sexual reproduction and the survival of a species. This variability contrasts with other developmental cascades, which are controlled by an evolutionarily conserved master regulator that determines the cell fate choice of a lineage during embryogenesis. No single gene initiates SD across vertebrates. Even different cell types in the gonad can initiate SD, with somatic cells driving the process in mammals and germ cells in many fish species. We are investigating how SD functions in the human using multiple complimentary approaches and determine how and why the system varies between mammals.

The mammalian gonad is unique in being bipotential. Emerging evidence suggests that commitment of a common progenitor to either the male (Sertoli cell) or female (granulosa cell) fate is the outcome of a battle between antagonistic male and female regulatory networks that canalize development down one pathway, whilst actively repressing the other (Figure 1). Active repression of the alternative pathway is required to maintain the gonad sexual identity in the adult. At least in the mouse model, loss of key players in maintaining adult sex identity results in the cellular reprogramming and remodeling of an ovary to a testis or vice-versa.

Figure 1: Mammalian sex determination involves commitment of a common progenitor to either the male (Sertoli cell) or female (granulosa cell) fate is the outcome of a battle between antagonistic male and female regulatory networks that canalize development down one pathway, whilst actively repressing the other

Given the complexity of the system and the lack of evolutionary conservation, it is not a surprise that little is known about the mechanism(s) of vertebrate SD. In particular, knowledge of ovary-determination is remarkably limited. In mammals, the main function of the master regulator SRY is to activate the expression of the downstream effector Sox9, which in turn induces Sertoli cells formation, the first somatic cell lineage to differentiate during testis formation. Upregulation of Sox9 in males is due to a synergistic action of Sry with NR5A1, through binding to a testis-specific Sox9 enhancer. Sry also initiates a positive feedback loop between Sox9 and Fgf9, which results in the up-regulation of Fgf9 and the repression of the ovarian gene Wnt4 in the male. The DMRT gene family is involved in sexual development in birds, frogs, flies and worms. We established that, unlike the mouse, human DMRT1 is required for testis-determination. The relationship between, and the components of, the SRY/SOX9 and DMRT1 networks are poorly understood. In contrast, ovary formation requires both Rspo1/Wnt4/b-catenin and Foxl2 signalling networks although the degree to which these interact or create instructive or permissive environments is uncertain. Our emerging data show that ovary development involves more than just a default (passive) pathway. This is consistent with the Z-factor theory we proposed 26 years ago that the XX gonad expresses an elusive factor(s) that actively promotes both “anti-testis” and “pro-ovary” functions. SRY would act as an inhibitor of the Z-factor to de-repress the male pathway.

Understanding the mechanism of cell fate choice in the gonad is instrumental for general understanding of developmental lineage commitment, differentiation and maintenance as well as the underlying evolutionary diversity of this process.

Historically, the unit has addressed these questions through the genetic analysis of rare human cases of sex-reversal – 46,XY females with gonadal dysgenesis or 46,XX individuals with testis. We have developed a large collection of unique biological material from these patients or infertile individuals, through collaborations with clinical centres worldwide. Our research activities exploit this unique biological resource that has been used in the past to make a number of major discoveries including the identification of SRY as the sex-determining gene. The genomic analysis of individuals with sex-reversal provides different aspects of data – it indicates genetic elements that are important components of the SD switch, specific amino acid changes that are critical for the cell fate choice decisions and highlights important and emerging differences between the human and mouse sex-determining processes. The genetic cause of most cases of human sex-reversal is still unexplained but the genomic analysis of these individuals, combined with molecular and biochemical studies of mutated proteins are revealing unforeseen mechanistic insights into the SD processes, as well as, are being translated into new clinical diagnostic markers. Through the genomic analysis of patients, combined with functional studies and cellular/animal models we have determined that the factors GATA4, PBX1, FOG2, DMRT1, ZNRF3, SOX8 are required for human testis-determination, in some cases by specifically repressing pro-ovary pathways. We have also discovered an unanticipated role for nuclear receptors (NR5A1, NR2F2) in repressing human-testis identity in the ovary and identified a human SRY enhancer that provides insights into the initiation of testis formation. Interestingly, we recently provided evidence to indicate that the RNA helicase DHX37, which is essential for ribosome biogenesis, is also required for human testis-determination and the maintenance of testis tissue.

In the past few years, we have complimented these genomic approaches with animal studies and the development of powerful cellular models. The ongoing projects in the lab use these complimentary approaches to provide a broader perspective on how genetic signalling and feedback loops correlate with corresponding transcriptional outcomes, cellular plasticity and the evolutionary diversity of SD 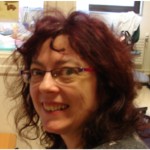 Mammalian SD is a balance of mutually antagonistic pathways

Control of expression of the human testis-determining gene SRY.

Cell fate decisions requiring appropriate transcriptional regulation key genes. SRY is pivotal in mammalian SD but how the expression of SRY is regulated in mammals is unknown. We identified a family from central India […]

A major gap in the field is the lack of appropriate cellular models to study human SD. This is particularly pressing since we are identifying differences between the human and mouse SD systems. We […]

Identification of key components of the human sex-determination pathway. The DSD exome/genome project.

Disorders/differences in Sex Development (DSD) are defined as congenital conditions with discordant development of chromosomal and gonadal/anatomical sex and cover a wide range of phenotypes that involve the endocrine and reproductive systems. In the […]

The role of the ribosome biogenesis factor DHX37 in vertebrate sex-determination.

The identification of variants in DHX37 as a cause of 46,XY DSD opens up the possibility that some forms of human sex-reversal are ribosomopathies. Pathogenic variants associated with a lack of testis-determination or, the […]