The RpoS/σ(S) sigma subunit of RNA polymerase (RNAP) activates transcription of stationary phase genes in many Gram-negative bacteria and controls adaptive functions, including stress resistance, biofilm formation and virulence. In this study, we address an important but poorly understood aspect of σ(S)-dependent control, that of a repressor. Negative regulation by σ(S) has been proposed to result largely from competition between σ(S) and other σ factors for binding to a limited amount of core RNAP (E). To assess whether σ(S) binding to E alone results in significant downregulation of gene expression by other σ factors, we characterized an rpoS mutant of Salmonella enterica serovar Typhimurium producing a σ(S) protein proficient for Eσ(S) complex formation but deficient in promoter DNA binding. Genome expression profiling and physiological assays revealed that this mutant was defective for negative regulation, indicating that gene repression by σ(S) requires its binding to DNA. Although the mechanisms of repression by σ(S) are likely specific to individual genes and environmental conditions, the study of transcription downregulation of the succinate dehydrogenase operon suggests that σ competition at the promoter DNA level plays an important role in gene repression by Eσ(S). 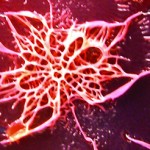 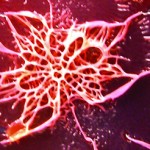