e.g. searching for members in projects tagged cancer
Search for
Count
IN
OUT
Content 1
Content 2
Search
Go back
Scroll to top
Share
The extracellular matrix protein TasA is a developmental cue that maintains a motile subpopulation within Bacillus subtilis biofilms.
Allostatic load, emotional hyper-reactivity, and functioning in individuals with bipolar disorder
© Research
Publication : Journal of virology

Remodeling of the Core Leads HIV-1 Preintegration Complex into the Nucleus of Human Lymphocytes. 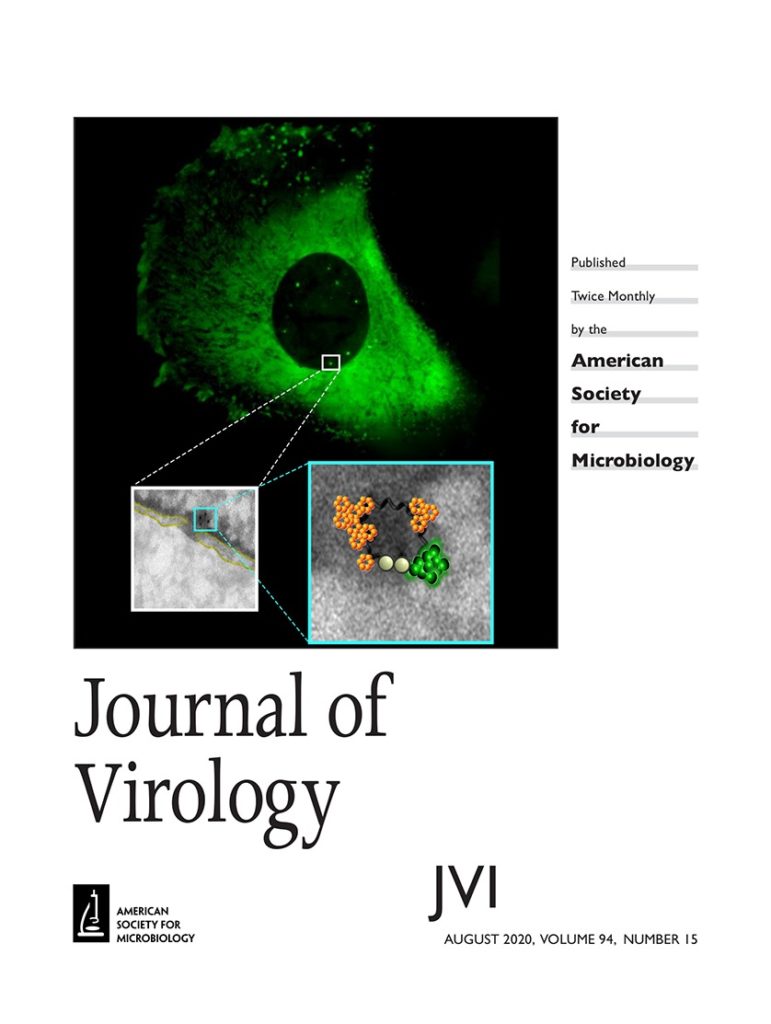 Retroviral replication proceeds through obligate integration of the viral DNA into the host genome. In particular, for the HIV-1 genome to enter the nucleus, it must be led through the nuclear pore complex (NPC). During the HIV-1 cytoplasmic journey, the viral core acts as a shell to protect the viral genetic material from antiviral sensors and ensure an adequate environment for reverse transcription. However, the relatively narrow size of the nuclear pore channel requires that the HIV-1 core is reshaped into a structure that fits the pore. On the other hand, the organization of the viral CA proteins that remain associated with the preintegration complex (PIC) during and after nuclear translocation is still enigmatic. In this study, we analyzed the progressive organizational changes of viral CA proteins within the cytoplasm and the nucleus by immunogold labeling. Furthermore, we set up a novel technology, HIV-1 ANCHOR, which enables the specific detection of the retrotranscribed DNA by fluorescence microscopy, thereby offering the opportunity to uncover the architecture of the potential HIV-1 PIC. Thus, we combined the immunoelectron microscopy and ANCHOR technologies to reveal the presence of DNA- and CA-positive complexes by correlated light and electron microscopy (CLEM). During and after nuclear translocation, HIV-1 appears as a complex of viral DNA decorated by multiple viral CA proteins remodeled in a pearl necklace-like shape. Thus, we could describe how CA proteins are reshaped around the viral DNA to permit the entrance of the HIV-1 in the nucleus. This particular CA protein complex composed of the integrase and the retrotranscribed DNA leads the HIV-1 genome inside the host nucleus. Our findings contribute to the understanding of the early steps of HIV-1 infection and provide new insights into the organization of HIV-1 CA proteins during and after viral nuclear entry. Of note, we are now able to visualize the viral DNA in viral complexes, opening up new perspectives for future studies on virus’s fate in the cell nucleus.IMPORTANCE How the reverse-transcribed genome reaches the host nucleus remains a main open question related to the infectious cycle of HIV-1. The HIV-1 core has a size of ∼100 nm, largely exceeding that of the NPC channel (∼39 nm). Thus, a rearrangement of the viral CA protein organization is required to achieve an effective nuclear translocation. The mechanism of this process remains undefined due to the lack of a technology capable of visualizing potential CA subcomplexes in association with the viral DNA in the nucleus of HIV-1-infected cells. By the means of state-of-the-art technologies (HIV-1 ANCHOR system combined with CLEM), our study shows that remodeled viral complexes retain multiple CA proteins but not an intact core or only a single CA monomer. These viral CA complexes associated with the retrotranscribed DNA can be observed inside the nucleus, and they represent a potential PIC. Thus, our study shed light on critical early steps characterizing HIV-1 infection, thereby revealing novel, therapeutically exploitable points of intervention. Furthermore, we developed and provided a powerful tool enabling direct, specific, and high-resolution visualization of intracellular and intranuclear HIV-1 subviral structures.