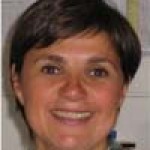 The promyelocytic leukemia protein (PML) is the main organizer of stress-responsive subnuclear structures called PML nuclear bodies. These structures recruit multiple interactors and modulate their abundance or their posttranslational modifications, notably by the SUMO ubiquitin-like modifiers. The involvement of PML in antiviral responses is well established. In contrast, the role of PML in bacterial infection remains poorly characterized. Here, we show that PML restricts infection by the pathogenic bacteriumListeria monocytogenes but not by Salmonella enterica serovar Typhimurium. During infection, PML undergoes oxidation-mediated multimerization, associates with the nuclear matrix, and becomes de-SUMOylated due to the pore-forming activity of the Listeria toxin listeriolysin O (LLO). These events trigger an antibacterial response that is not observed during in vitro infection by an LLO-defective Listeria mutant, but which can be phenocopied by specific induction of PML de-SUMOylation. Using transcriptomic and proteomic microarrays, we also characterized a network of immunity genes and cytokines, which are regulated by PML in response to Listeria infection but independently from the listeriolysin O toxin. Our study thus highlights two mechanistically distinct complementary roles of PML in host responses against bacterial infection.

IMPORTANCE The promyelocytic leukemia protein (PML) is a eukaryotic protein that can polymerize in discrete nuclear assemblies known as PML nuclear bodies (NBs) and plays essential roles in many different cellular processes. Key to its function, PML can be posttranslationally modified by SUMO, a ubiquitin-like modifier. Identification of the role of PML in antiviral defenses has been deeply documented. In contrast, the role of PML in antibacterial defenses remains elusive. Here, we identify two mechanistically distinct complementary roles of PML in antibacterial responses against pathogens such asListeria: (i) we show that PML regulates the expression of immunity genes in response to bacterial infection, and (ii) we unveil the fact that modification of PML SUMOylation by bacterial pore-forming toxins is sensed as a danger signal, leading to a restriction of bacterial intracellular multiplication. Taken together, our data reinforce the concept that intranuclear bodies can dynamically regulate important processes, such as defense against invaders.