e.g. searching for members in projects tagged cancer
Search for
Count
IN
OUT
Content 1
Content 2
Search
Go back
Scroll to top
Share
Evolution of virulence in the Mycobacterium tuberculosis complex
Listeria monocytogenes switches from dissemination to persistence by adopting a vacuolar lifestyle in epithelial cells
© Research
Publication : PLoS pathogens 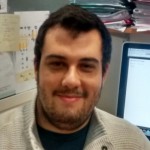 Leptospirosis is a widespread zoonosis, potentially severe in humans, caused by spirochetal bacteria, Leptospira interrogans (L. interrogans). Host defense mechanisms involved in leptospirosis are poorly understood. Recognition of lipopolysaccharide (LPS) and lipoproteins by Toll-Like Receptors (TLR)4 and TLR2 is crucial for clearance of leptospires in mice, yet the role of Nucleotide Oligomerization Domain (NOD)-like receptors (NOD)1 and NOD2, recognizing peptidoglycan (PG) fragments has not previously been examined. Here, we show that pathogenic leptospires escape from NOD1 and NOD2 recognition both in vitro and in vivo, in mice. We found that leptospiral PG is resistant to digestion by certain hydrolases and that a conserved outer membrane lipoprotein of unknown function, LipL21, specific for pathogenic leptospires, is tightly bound to the PG. Leptospiral PG prepared from a mutant not expressing LipL21 (lipl21-) was more readily digested than the parental or complemented strains. Muropeptides released from the PG of the lipl21- mutant, or prepared using a procedure to eliminate the LipL21 protein from the PG of the parental strain, were recognized in vitro by the human NOD1 (hNOD1) and NOD2 (hNOD2) receptors, suggesting that LipL21 protects PG from degradation into muropeptides. LipL21 expressed in E. coli also resulted in impaired PG digestion and NOD signaling. We found that murine NOD1 (mNOD1) did not recognize PG of L. interrogans. This result was confirmed by mass spectrometry showing that leptospiral PG was primarily composed of MurTriDAP, the natural agonist of hNOD1, and contained only trace amounts of the tetra muropeptide, the mNOD1 agonist. Finally, in transgenic mice expressing human NOD1 and deficient for the murine NOD1, we showed enhanced clearance of a lipl21- mutant compared to the complemented strain, or to what was observed in NOD1KO mice, suggesting that LipL21 facilitates escape from immune surveillance in humans. These novel mechanisms allowing L. interrogans to escape recognition by the NOD receptors may be important in circumventing innate host responses.