Leptospira interrogans (L. interrogans) are pathogenic spirochetal bacteria responsible for a worldwide, neglected, reemerging zoonosis. Rodents are asymptomatic renal carriers of the bacteria and excrete them in their urine, contaminating the environment. Hosts are infected through penetration of motile Leptospira through abraded skin or mucosa. Humans can develop a mild or a severe acute disease with kidney, liver and heart failure. Spirochetes cell walls are peculiar, with 2 membranes, rich in lipoproteins, separated by a periplasmic space, enclosing a peptidoglycan layer that confers the spiral shape and 2 endoflagella allowing the motility. Of note, lipopolysaccharide (LPS), not present in most spirochetes, is constitutive of outer membranes of L. interrogans.

Our research aims to understand the role of pattern recognition receptors (PRRs) including Toll-like receptors (TLRs) and Nod-like receptors (NLRs) in the host immune response against pathogenic L. interrogans. These receptors are crucial to alert the host, express antimicrobial peptides, recruit phagocytes and initiate an adequate adaptive response. We are trying to understand how pathogenic Leptospira, and more specifically how peculiarities of cell wall components may overcome the innate immunity defense to allow the escape of L. interrogans from blood defense and colonization of kidneys [1].

We initially found that L. interrogans possess a peculiar lipopolysaccharide that is recognized by TLR2 and not by TLR4 in human cells [2]. Indeed, the lipid A structure is atypical [3], and not recognized by the human TLR4 receptor, but perfectly sensed by the mouse TLR4 [4], giving a first hint why mice are resistant to acute leptospirosis whereas humans and TLR4 ko mice are sensitive [5]. More recently we showed that Leptospira interrogans also escape the NOD1 and NOD2 receptors, which are cytosolic sensors of peptidoglycan. We found that LipL21, an abundant lipoprotein of the outer membrane, tightly binds to the peptidoglycan and impairs its degradation into muropeptides and therefore blocks the signaling through the NOD proteins [6].

•       the study of renal colonization
•       the exploration of the consequences of leptospiral escape from the TLR and NOD response in phagocytic functions
•      the design of novative TLR- and NLR-based prophylactic, therapeutic or vaccinal strategies against leptospirosis

For these projects we will take advantage of a characterized mouse model of leptospirosis using bioluminescent Leptospira species [1]. We will also use macrophage and epithelial cell lines, murine bone marrow and human blood derived macrophages or dendritic cells, and transgenic and KO mice for PRRs or cell subsets, 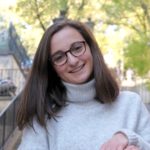