Functional Characterization of the m6A-Dependent Translational Modulator PfYTH.2 in the Human Malaria Parasite. 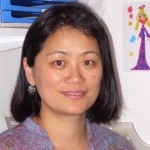 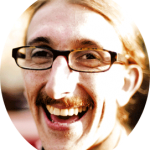 Posttranscriptional regulation of gene expression is central to the development and replication of the malaria parasite, Plasmodium falciparum, within its human host. The timely coordination of RNA maturation, homeostasis, and protein synthesis relies on the recruitment of specific RNA-binding proteins to their cognate target mRNAs. One possible mediator of such mRNA-protein interactions is the N6-methylation of adenosines (m6A), a prevalent mRNA modification of parasite mRNA transcripts. Here, we used RNA protein pulldowns, RNA modification mass spectrometry, and quantitative proteomics to identify two P. falciparum YTH domain proteins (PfYTH.1 and PfYTH.2) as m6A-binding proteins during parasite blood-stage development. Interaction proteomics revealed that PfYTH.2 associates with the translation machinery, including multiple subunits of the eukaryotic initiation factor 3 (eIF3) and poly(A)-binding proteins. Furthermore, knock sideways of PfYTH.2 coupled with ribosome profiling showed that this m6A reader is essential for parasite survival and is a repressor of mRNA translation. Together, these data reveal an important missing link in the m6A-mediated mechanism controlling mRNA translation in a unicellular eukaryotic pathogen.IMPORTANCE Infection with the unicellular eukaryotic pathogen Plasmodium falciparum causes malaria, a mosquito-borne disease affecting more than 200 million and killing 400,000 people each year. Underlying the asexual replication within human red blood cells is a tight regulatory network of gene expression and protein synthesis. A widespread mechanism of posttranscriptional gene regulation is the chemical modification of adenosines (m6A), through which the fate of individual mRNA transcripts can be changed. Here, we report on the protein machinery that “reads” this modification and “translates” it into a functional outcome. We provide mechanistic insight into one m6A reader protein and show that it interacts with the translational machinery and acts as a repressor of mRNA translation. This m6A-mediated phenotype has not been described in other eukaryotes as yet, and the functional characterization of the m6A interactome will ultimately open new avenues to combat the disease.