e.g. searching for members in projects tagged cancer
Search for
Count
IN
OUT
Content 1
Content 2
Search
Go back
Scroll to top
Share
Detection of Japanese Encephalitis Virus RNA in Human Throat Samples in Laos – A Pilot study.
Primary bacterial ventriculitis in adults, an emergent diagnosis challenge: report of a meningoccal case and review of the literature.
© Research
Publication : BMC genomics 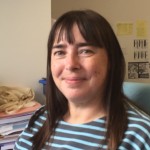 BACKGROUND: The SOS response is an almost ubiquitous response of cells to genotoxic stresses. The full complement of genes in the SOS regulon for Vibrio species has only been addressed through bioinformatic analyses predicting LexA binding box consensus and in vitro validation. Here, we perform whole transcriptome sequencing from Vibrio cholerae treated with mitomycin C as an SOS inducer to characterize the SOS regulon and other pathways affected by this treatment.

RESULTS: Comprehensive transcriptional profiling allowed us to define the full landscape of promoters and transcripts active in V. cholerae. We performed extensive transcription start site (TSS) mapping as well as detection/quantification of the coding and non-coding RNA (ncRNA) repertoire in strain N16961. To improve TSS detection, we developed a new technique to treat RNA extracted from cells grown in various conditions. This allowed for identification of 3078 TSSs with an average 5’UTR of 116 nucleotides, and peak distribution between 16 and 64 nucleotides; as well as 629 ncRNAs. Mitomycin C treatment induced transcription of 737 genes and 28 ncRNAs at least 2 fold, while it repressed 231 genes and 17 ncRNAs. Data analysis revealed that in addition to the core genes known to integrate the SOS regulon, several metabolic pathways were induced. This study allowed for expansion of the Vibrio SOS regulon, as twelve genes (ubiEJB, tatABC, smpA, cep, VC0091, VC1190, VC1369-1370) were found to be co-induced with their adjacent canonical SOS regulon gene(s), through transcriptional read-through. Characterization of UV and mitomycin C susceptibility for mutants of these newly identified SOS regulon genes and other highly induced genes and ncRNAs confirmed their role in DNA damage rescue and protection.

CONCLUSIONS: We show that genotoxic stress induces a pervasive transcriptional response, affecting almost 20% of the V. cholerae genes. We also demonstrate that the SOS regulon is larger than previously known, and its syntenic organization is conserved among Vibrio species. Furthermore, this specific co-localization is found in other γ-proteobacteria for genes recN-smpA and rmuC-tatABC, suggesting SOS regulon conservation in this phylum. Finally, we comment on the limitations of widespread NGS approaches for identification of all RNA species in bacteria.