Statistical analysis of functional connectivity and coding by neuronal ensembles 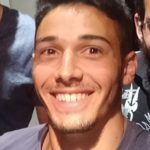 Artificial Intelligence theory is intrinsically linked to our understanding of how a brain computes. Indeed, artificial neural networks, that have shown their capabilities in addressing a large class of classification and prediction problems, mimic biological principles, such as organization of individual neurons in layers, projection of single neurons to multiple neurons and non-linear integration of signal, to name a few. 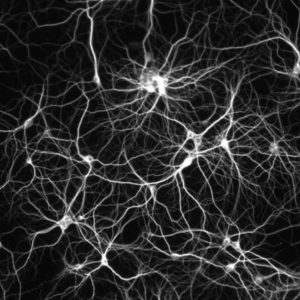 Theoretical foundations of AI that would explain the efficiency of existing algorithms and could lead to further methodological improvements, would highly benefit from the exploration of neural coding strategies that are used in human or animal brains. A promising approach to break the neural code, i.e. to relate the sequential activity of neurons or ensemble of neurons to each specific action of the animal, consists in labelling neurons with fluorescent indicator (Genetically Encoded Calcium Indicator (GECI) typically), and following individual neuron’s activity in small model organisms such as Hydra vulgaris. Such organisms, with their relatively simple brain organization and reduced repertoire of behaviours, can be systematically analysed and perhaps completely understood. 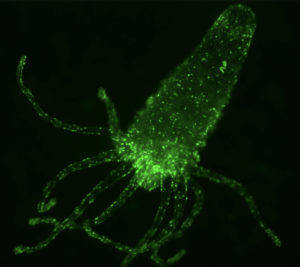 While state-of-the art genetic editing and time-lapse microscopy allow the long-term imaging of individual cells with high signal-to-noise ratio in freely-behaving animals, the mathematical paradigm, that would bridge the gap between single cell activity and the emergent computational properties of neuronal ensembles, is missing.

In this project, we aim at recasting the activity and functional connectivity of individual neurons in an optimal control theory framework, and understand how the coordinated activity of few hundred to thousand neurons can efficiently compute the system state, control behaviour, and monitor error.

This requires to alleviate two major bottlenecks that hinder the analysis of neuronal activity from time-lapse fluorescence sequences: 1- the automatic, long-term tracking of single cell activity and 2- the statistical extraction of the functional connectivity between individual neurons in freely-behaving animals. These two methodological developments will allow to probe the functional organization of neuronal networks during behaviour, to model the emergent properties of such computational ensembles and finally, to unravel the mathematical principles underlying the robustness and efficiency of brain computation.

Collaborators: Rafael Yuste at Columbia University and Lydia Danglot at the Institute of Psychiatry and Neuroscience of Paris.