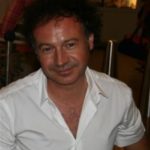 Severe bacterial infections are a leading cause of neonatal deaths, with low income countries (LICs) bearing the highest burden. In LICs, neonatal bacterial infections are mainly caused by Enterobacteriaceae. One important driver of unfavorable outcome in infections caused by these bacteria is multidrug resistance. Of particular concern, extended-spectrum beta-lactamase-producing enterobacteriaceae (ESBL-PE) are resistant to most penicillins and especially cephalosporins (3rd-4th generation).

Enterobacteriaceae are known to colonize the digestive tract, which represents the first step for potential neonatal infections. The newborn is exposed at birth and during the first weeks of life to several possible sources of ESBL-PE acquisition, e.g. maternal, health-care facilities, and outside hospitals: parents, others relatives, food and environment.  However, the routes of ESBL-PE acquisition in neonates are not well defined. Also, local environments and practices influence strongly the interactions of the infant with its environment.  However, practices contributing to the transmission of ESBL-PE to neonates are not well characterized in LICs.

The objectives of the project are:

In Madagascar, 60 newborns and members of their households will be follow-up for one month. ESBL-PE will be characterized with last generation DNA sequencing methods. To integrate all these data globally, we will develop novel sophisticated analytical approaches combining mathematical modeling and statistics. Also, in-depth interviews will be conducted and mother-newborn pairs will be followed with a participants-observations methodology.

Our study aims at identifying and quantifying the role of the different routes of transmission for newborns in the community. With a multidisciplinary approach, it should allow identifying the most acceptable interventions for local population to prevent ESBL-PE acquisition in newborns in Madagascar, where the burden of neonatal infection is huge.