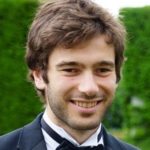 This project aims at understanding the synaptic environment at the single receptor scale. Now that large amounts of dynamical single molecule data are available and that single molecule science is slowly transitioning into a big data science, new statistical methods can be developed to investigate cellular environments at the nanometer scale. We combine random walk theory, Bayesian inference and machine learning to simultaneously probe the properties of the synaptic environment and the features of receptor dynamics. This project builds on the InferenceMAP approach.

Here is an example diffusion map of Glycine receptors from data recorded by Charlotte Salvatico and Christian Specht from Triller’s lab at ENS. 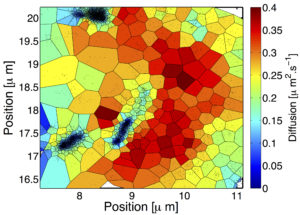 We address several challenges to optimize the inference.