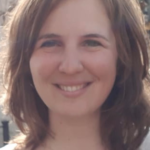 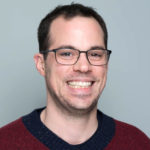 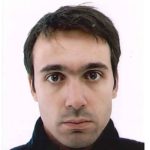 The preservation of pluripotency throughout cell division – self-renewal -, is strictly dependent on the highly efficient action of the pluripotency gene regulatory network. However, how TFs cope with replication and mitosis, two major challenges to the chromatin were completely unknown. We hypothesized that some pluripotency TFs may act as bookmarking factors by remaining bound to critical target genes during mitosis; subsequently, we also proposed that some TFs may be capable of binding rapidly upon passage of the replication fork. This would enable the rapid and efficient re-establishment of the network in nascent chromatids and in daughter cells, thereby preserving pluripotency. Using a combination of genome-wide and imaging approaches, we first showed that one pluripotency TF, Esrrb, but not others like Oct4 or Sox2, bind to a subset of its interphase targets during mitosis. In doing so, Esrrb enables the preservation of nucleosome positioning during mitosis. We could then show that immediately after replication, within minutes of the passage of the fork, Esrrb binding regions are fully organised regarding nucleosome positioning. A major caveat of this work, however, was the lack of direct functional evidence of the nucleosome organisation capacity of a TF, especially during mitosis. We recently provided such evidence by identifying CTCF as a major TF conferring chromatin resiliency immediately after replication and during mitosis. Altogether, our work highlights that selected TFs, such as Esrrb and CTCF, execute specific nucleosome positioning functions during replication and mitosis, thereby contributing to the inheritance of gene regulatory information. We call these TFs, resilient TFs.