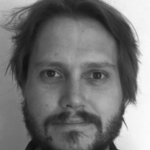 Mitotic bookmarking transcription factors (BFs) maintain the capacity to bind to their targets during mitosis, despite major rearrangements of the chromatin. While they were thought to propagate gene regulatory information through mitosis by statically occupying their DNA targets, it has recently become clear that BFs are highly dynamic in mitotic cells. This represents both a technical and a conceptual challenge to study and understand the function of BFs: First, formaldehyde has been suggested to be unable to efficiently capture these transient interactions, leading to profound contradictions in the literature; and second, if BFs are not permanently bound to their targets during mitosis, it becomes unclear how they convey regulatory information to daughter cells. Here, comparing formaldehyde to alternative fixatives we clarify the nature of the chromosomal association of previously proposed BFs in embryonic stem cells: While ESRRB can be considered as a canonical BF that binds at selected regulatory regions in mitosis, SOX2 and POU5F1 (also known as OCT4) establish DNA sequence-independent interactions with the mitotic chromosomes, either throughout the chromosomal arms (SOX2) or at pericentromeric regions (POU5F1). Moreover, we show that ordered nucleosomal arrays are retained during mitosis at ESRRB bookmarked sites, whereas regions losing transcription factor binding display a profound loss of order. By maintaining nucleosome positioning during mitosis, ESRRB might ensure the rapid post-mitotic re-establishment of functional regulatory complexes at selected enhancers and promoters. Our results provide a mechanistic framework that reconciles dynamic mitotic binding with the transmission of gene regulatory information across cell division.