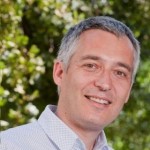 The interaction between two eukaryotic genomes provides a fascinating example of co-evolution of host-parasite interactions. Two genomes, two epigenomes, two cellular systems living together. Our proposal focuses on the fascinating features of the interaction between intracellular parasites (Leishmania and Theileria) and their leukocyte hosts and investigates how epigenetic regulators contribute to the parasite’s ability to manipulate the host cell phenotype. Intracellular parasites and their host cells have co-evolved to exhibit intricate and dynamic interactions. Pathogens living within mammalian host cells develop sophisticated strategies to escape host defence mechanisms and to hijack host physiological processes for their own benefit. The study of host-pathogen interactions can illustrate the intricate molecular mechanisms that establish and maintain cellular states, providing clues to identify molecular targets for therapeutic intervention and to treat disease. Epigenetic mechanisms are readouts of cellular states and play key roles in phenotypic plasticity. Thus, studying host-parasite interactions from an epigenetic viewpoint offers an unprecedented opportunity to explore the crosstalk between two eukaryotic epigenomes, highlighting how they contribute to the phenotypes of the two cells, one living within the other. We will study two distinct parasites, Leishmania and Theileria. They offer experimental models for the broader families of trypanosomatid protozoa and the Apicomplexa phylum. The partner laboratories have extensive expertise in these two models and they will serve as proof-of-concept examples before extending more widely to other pathogen-host interactions. Furthermore, both parasites infect mammalian macrophage and leukocyte host cells and re-wire signalling pathways. This study will generate the first epigenome-epigenome description of two parasite-host interaction models. We will integrate top down (Leishmania) and bottom up (Theileria) approaches on both models, to investigate how intracellular parasites and their host cells influence each other’s epigenome. We hope to identify key lysine methylation events that can be targeted by small molecule inhibitors. Post–translational modifications (PTMs) of histones play critical roles in regulating chromatin structure and gene expression. Histone PTMs constitute the “epigenetic code” influencing chromatin structure and local gene expression. In particular, lysine methylation is emerging as a versatile and dynamic PTM that contributes critically to cellular differentiation programs. Much attention has focused on the role of histone methylation on lysine residues and their contribution to epigenome manipulation upon cell fate changes and in response to environmental cues. The human genome encodes about 50 lysine methyltransferases (KMTs) that “write” the methylation code and 20 lysine demethylases (KDMs) that act as “erasers”. Effector proteins with specific binding modules can “read and translate” the methylome into gene expression responses. We will focus on lysine methylation and the enzymes that transfer methyl groups from S-adenosylmethionine (SAM). Lysine can be mono, di or trimethylated offering a range of molecular states with distinct effects. The literature is full of examples of misregulation of KMTs in cancer, driving an intense search for specific small-molecular inhibitors. Yet, relatively little is known about the role of these proteins (methylation writers, readers or erasers) in infectious diseases. Furthermore, the growing collection of inhibitory drugs offers an untapped arsenal to develop anti-parasite treatments. We hypothesize that lysine methylation is a pivotal dynamic event in host-parasite interactions and that investigation of lysine methylome of both parasite and host cells will provide new insights into the dynamic PTMs that contribute to infectious diseases.