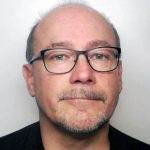 Nonsense-mediated mRNA decay (NMD) destabilizes eukaryotic transcripts with long 3′ UTRs. To investigate whether other transcript features affect NMD, we generated yeast strains expressing chromosomal-derived mRNAs with 979 different promoter and open reading frame (ORF) regions and with the same long, destabilizing 3′ UTR. We developed a barcode-based DNA microarray strategy to compare the levels of each reporter mRNA in strains with or without active NMD. The size of the coding region had a significant negative effect on NMD efficiency. This effect was not specific to the tested 3′ UTR because two other different NMD reporters became less sensitive to NMD when ORF length was increased. Inefficient NMD was not due to a lack of association of Upf1 to long ORF transcripts. In conclusion, in addition to a long 3′ UTR, short translation length is an important feature of NMD substrates in yeast.

http://www.ncbi.nlm.nih.gov/pubmed/24529707
Publié le: 13 Feb 2014 • Modifié le: 24 Aug 2015
We use cookies on our website to give you the most relevant experience by remembering your preferences and repeat visits. By clicking “Accept”, you consent to the use of ALL the cookies.
Cookie settingsACCEPT
Manage consent