The intestine contains abundant and heterogeneous populations of stromal cells. Using several genetic approaches as well as intestinal organoid models, we are investigating the role of the stromal microenvironment in intestinal homeostasis and repair,  and their impact in intestinal diseases such as colitis and IBD.
Maintenance of stem cells in adult organs requires a specialized microenvironment called the niche, which provides structural cues and paracrine signals to ensure stemness. In the intestine, increasing evidence points toward a major role for the stroma close to crypts to perform this function. We have identified CD34+ Gp38+ stromal cells as an essential component of the intestinal epithelial stem cells (IESCs) niche at homeostasis and during inflammation.  We have previously shown that specific subsets of stromal cells are programmed during development of lymphoid tissues as well as in lymphocyte-rich organs such as the gut, and are re-induced by injury to organize lymphocyte recruitment in inflammatory lesions and tumors. These cells produce critical signals for leucocyte recruitment, survival and lymphangiogenesis. We are currently investigating the underlying mechanisms, with a focus on the crosstalk with immune cells and intestinal stem cells, as well as impact in intestinal inflammatory diseases. 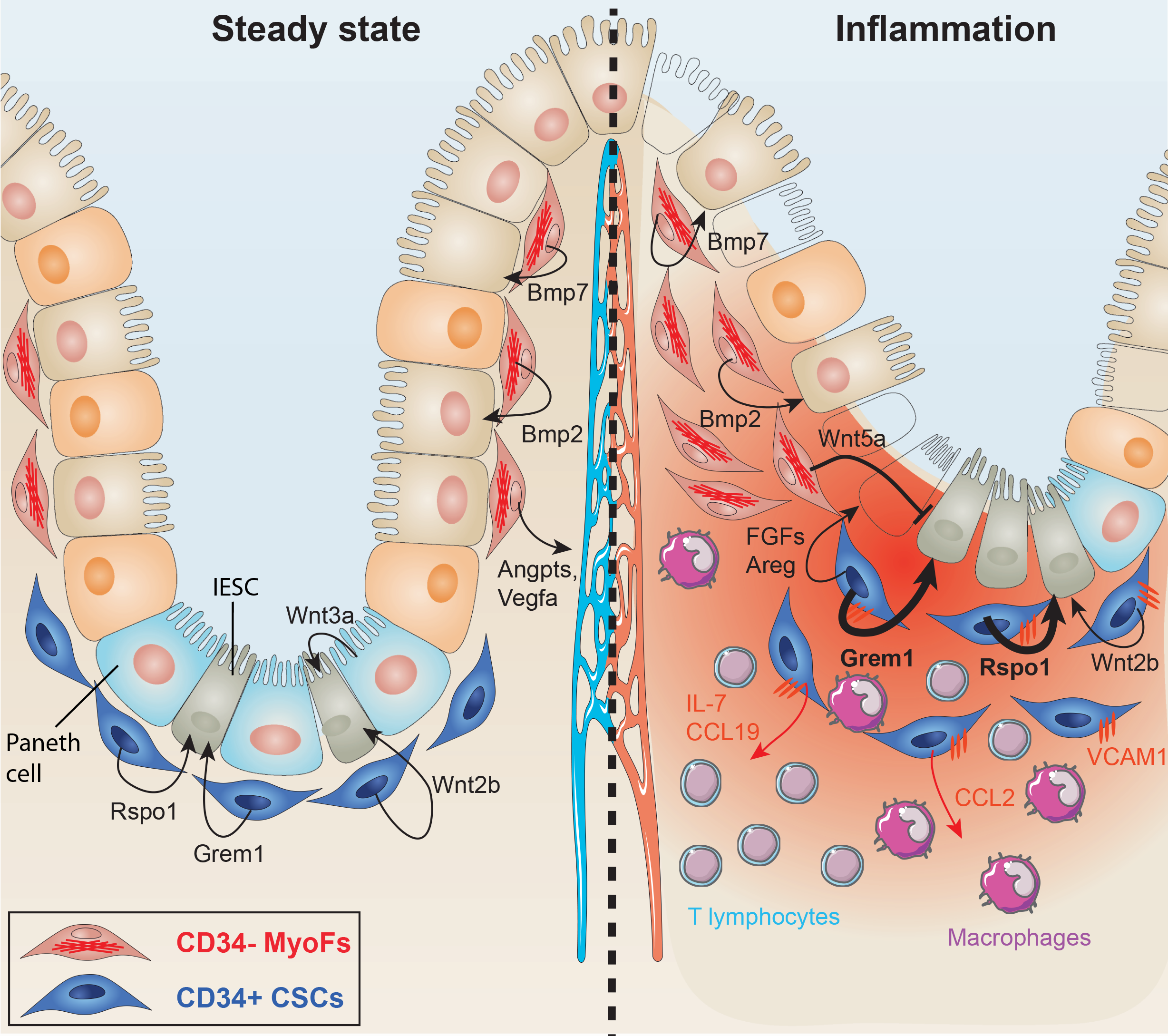