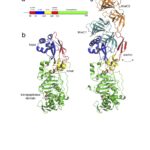 The peptidoglycan (PGN) is an essential macromolecule of bacteria composed of a glycan moiety cross-linked by small stem peptides. The assembly of this macromolecule is achieved by protein complexes that involve synthetases, scaffolding proteins […] 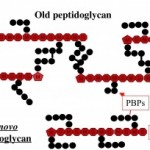 After defending my thesis, I joined the laboratory of Jon Beckwith at Harvard Medical School as a postdoctoral fellow. I continued working on cell division in bacteria for 5 years. In 2004, I arrived at the Institut Pasteur to work with Tony Pugsley on Type II secretion and later started my own research team working on lipoprotein modification. I became a permanent scientist in 2007 and joined the laboratory directed by Ivo Gomperts Boneca in 2014.