Hearing and vision are essential for every major activity of daily life, ranging from communication, mobility and autonomy, to an appreciation of music, art and nature. According to the World Health Organization (WHO)’s estimates (see http://www.who.int/), the global prevalence of hearing impairment increased from 42 million in 1985 to > 360 million in 2011, and 285 million people suffer from serious vision impairment. This has a dramatic economic impact on healthcare systems and the society as a whole. Over 40 hereditary syndromes have been reported that combine deafness and blindness (http://www.deafblindinformation.org.au/about-deafblindness/causes/), supporting high functional relationships between the hearing and visual systems. Whatever the cause, genetics, environmental factors, or aging; deaf-blindness is often linked to irreversible loss of the specialized sensory cells in the ear (hair cells) and the eye (photoreceptors), and degeneration of associated neurons.

Figure 1: (A,B) Illustration of some key similarities the hearing and vision sense organs: the presence of a modified sensory cilium, the sound mechano-sensitive hair bundle (F-actin membrane protrusions, the stereocilia) in the hair cells (A), and the light-sensitive outer segment (Stacked membranous disks) of photoreceptor cells (B), the ribbon synapses of photoreceptor cells and auditory hair cells, and the corresponding neuronal pathways.

Deafness and blindness are the most prevalent sensory impairments in humans, affecting all age groups, from children/young (1/500 and 1/4000, respectively) to elders (over 50% and 10% of the 75+ years old, respectively). These major sensory deficits still represent unmet medical needs, since treatment options are largely missing and the economic burden on healthcare systems worldwide keeps increasing. The research in the team is designed, keeping strong roots on important basic science questions, such as maintenance overtime of auditory hair cells’ proper activity, molecular underpinnings of signal transduction of sensory stimuli and their transmission to the brain, the impact of environment and/or aging on the disease progression, and design of neuroprotection strategies.

Today, about 100 deafness genes (several of which are involved in Usher syndrome (USH), the major cause of deafness and blindness in humans have been identified (see http://hereditaryhearingloss.org/), and many more are yet to be identified. Over the last two decades, tremendous progress has been made with the discovery of genes involved in congenital, or early onset profound hearing loss, and elucidation of the underlying mechanisms, grouping the causative genes in specific functional subcategories: i) development and functioning of the hair bundle (sound receptive structure), ii) synaptic transmission, iii) cell-cell adhesion, iv) ion homeostasis, v) extracellular matrix, vi) oxidative stress and mitochondrial defects, vii) transcriptional regulation, etc…. By contrast, a similar in-depth understanding of the deafness-involved mechanisms is still lacking for progressive/late inherited or acquired hearing loss, as are the molecular underpinnings of activity maintenance and survival of hair cells and associated neurons.

The team’s projects are centered on progressive and/or late sensory disorders, with two main objectives: (1) fundamental: gain better understanding of genetic, molecular and cellular mechanisms in normal and disease conditions, with keen attention to potential impact of aging and environment on disease progression, and (2) medical: based on uncovered pathogenic process, devise, test and evaluate in preclinical animal models, potential therapies to prevent, halt, and/or delay sensory deficits. 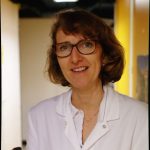 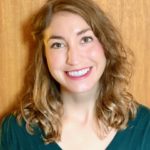 Blindness and deafness are the two most prevalent sensory impairments, each of which profoundly impact the life of the affected person, whether child or adult. Usher syndrome (USH), the main target of this project, […]

Hearing impairment, the most frequent sensory deficit, has a dramatic economic impact on healthcare systems worldwide. The HearInNoise project will be focused on late onset and progressive hearing impairment, more amenable to therapy but […]

The TherapUsher project funded by Retina-France is aimed at creating appropriate animal models for the USH1 retinal dystrophy. The Usher syndrome (USH) is the most prevalent cause of inherited deaf-blindness in humans. Three clinical […]