Cystic fibrosis (CF) is a lethal autosomal, recessive inherited disease that commonly affects Caucasians. This disease is due to mutation of CF transmembrane conductance regulator (CFTR) gene that encodes a protein channel in epithelial cells where it regulates the luminal secretion of chloride and water transport. Pulmonary infections in CF are a major problem that determines the life span and life quality of patients. Indeed, mutations of CFTR cause depletion of airway surface liquid leading to mucus dehydration and stagnation, which provide appropriate niche for infection by opportunistic bacteria such as Staphylococcus aureus and Pseudomonas aeruginosa. These infections leads to chronic airways inflammation which evolves progressively leading ultimately to lung injury and patients death. Most of bacteria that infect CF patient airways are difficult to treat by conventional antibiotics due to increased antibiotic resistance. Thus, airways infections by these opportunistic bacteria, associated to abnormal bronchial mucus and chronic inflammation are the major problems of CF patients that need to be treated.

Innate immunity allows detecting few highly conserved structures present in pathogens. These structures are referred to pathogen-associated molecular patterns (PAMPs), and receptors that recognize them are called pattern-recognition receptors (PRR) including Toll-Like Receptors (TLRs). Airways epithelial cells (AECs) and alveolar macrophages (AMs) are the first host cells to sense pathogens in airways and produce inflammatory mediators together with antimicrobial peptides (AMPs) that participate to pathogens elimination.  Nonetheless, uncontrolled immune response leads to cellular damage and eventually to host death. Airways inflammation involves a variety of mediators including cytokines and eicosanoids. The latter are produced through the activation of a host enzyme named cytosolic phospholipase A2α (cPLA2α). The latter is a ubiquitous enzyme present in host cells where it hydrolyses phospholipids at the sn-2 position resulting in the release of arachidonic acid (AA) whose conversion by LOXs leads to the production of pro-inflammatory leukotriens, such as LTB4. AA is also converted by cyclooxygenases (COXs) into anti-inflammatory prostaglandins such as PGE2. AMPs are ubiquitous, gene-encoded natural “antibiotics” including cationic peptides, defensins and secreted phospholipases A2 (sPLA2, different from cPLA2) that have gained recent attention in the search for new antimicrobials to combat infectious disease. Among sPLA2 family, sPLA2-IIA is the most potent mammalian bactericidal agent against Gram-positive bacteria while having minimal side effect on host cells.

The major projects of our team are : i) identify the strategies by which P. aeruginosa and S. aureus subvert immunity to infect airways of CF patients, ii) examine the mechanisms by which abnormal bronchial mucus facilitates bacterial colonization , iii) examine  the role of the host immunity, including endogenous AMPs such as sPLA2-IIA and LL-37, in the control of S. aureus and P. aeruginosa proliferatios in airways, iv) and identify therapeutic tools that may help to control airways infection and mucus production. 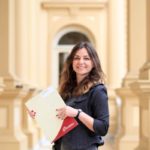 Covid-19 disease is characterized by dysregulated immune response leading to enhanced levels of circulating and lung inflammatory mediators. The latter include cytokines and lipid mediators (LMs) which results from increased phospholipid metabolism. The role […]

Role of phospholipases A2 in lung inflammation

In this part of our project we investigate the role of secreted phospholipases A2 in lung inflammation and injury in premature babies, in collaboration with Dr. Daniele Di Luca pediatrician in the hospital Antoine-Béclère. […]